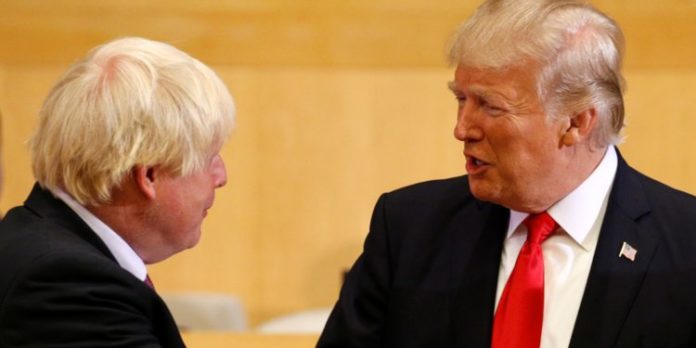 London, Sep 23: British Prime Minister Boris Johnson and United States President Donald Trump have on Sunday agreed to ink a bilateral trade arrangement by 2020 July amidst uncertainty over Britain’s withdrawal from the European Union (EU) that is scheduled to take place on October 31.

As per local media reports, quoting government sources, the two leaders are also likely to hold a bilateral meeting and discuss trade agreement on the sidelines of the 74th United Nations General Assembly (UNGA) in New York, where they could announce plans between US-UK relationship and cooperation.

The sources added both Britain and Washington contain the “political will” to conclude a deal by next year’s July ahead of the US 2020 Presidential election.

“The political will is there now on both sides to do the deal by July,” The Sun quoted a senior government source as reporting. “It’s a great win for us, and Trump is also really keen to shout about it in the States.”

“There is also a recognition on both sides of the Atlantic that it must be done by then because the U.S. election cycle starts soon afterwards,” the source was quoted as saying.

After over three years of Brexit impasse, the UK is finally heading towards a final confrontation with the bloc as Johnson has pledged to withdraw Britain from the EU scheduled on October 31 with or without any deal, unless it green flags to renegotiate the divorce arrangements.

The EU and its leaders have reiterated refusal to relaunch the Withdrawal Agreement which includes the official procedure on the Irish border ‘backstop’ that was agreed by ex-Prime Minister Theresa May in November.

Johnson has opened his bid to renegotiate Brexit deal with the European Union (EU), demanding the removal of the Irish backstop from the Brexit agreement and replaced it with a vow.

The EU seeks to ensure its only land border along with the UK doesn’t become a “back door” for items to enter the bloc’s single market – which promises free supplies of capital, labour, goods, and services, after Brexit.

And the UK doesn’t want any border – virtual or effective, between Northern Ireland and Britain. Northern Irish unionists have propped up the government of Johnson.

The backstop – a compromising deal – would keep the UK in a customs union with the bloc until a solution is reached, and keep Northern Ireland in line with the EU’s single market rules.

Johnson said the better solution was a vow to keep arrangements very far as much possible before the transition period ends and that it could be agreed as a part of the agreements over the UK’s future ties with the EU.

Under this recent text of the “Withdrawal Agreement”, the Irish backstop would be raised at the transition period’s end in 2020, establishing a single UK-EU customs territory, also including “level playing field” laws to ensure fair competition in sectors such as labor standards, environment, and state aid. 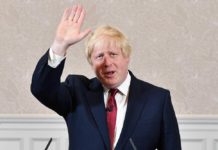