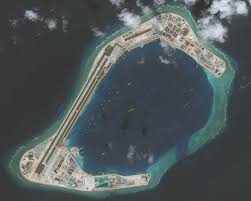 New Delhi, Oct 3: Vietnam on Thursday said it is likely to raise the issue of strategic South China Sea, including four other Chinese trespassing into its Exclusive Economic Zone (EEZ) since July, with India at the annual security conference at Ho Chi Minh city.

Vietnam’s ambassador to India, Pham Sanh Chau, also called on New Delhi to play a vital role in this matter to bring peace and stability in the region, saying the pertaining situation in the disputed South China Sea is critical, according to ANI news reports.

“We told them they shouldn’t violate our waters and they should withdraw all the ships as soon as they can,” Chau said.

Vietnam’s statement comes ahead of Chinese President Xi Jinping’s proposed official visit to India, during which he will meet Indian Prime Minister Narendra Modi and discuss bilateral ties and cooperations.

He said India has been responding “very positively” to the situation, adding Indians have interest in peace and stability in the strategic South China Sea and Indian firms are operating at the moment in the region.

When asked whether he will ask India to raise this issue with the visiting Chinese leadership, Chau told ANI: “We have mentioned that we call all the countries inside and outside the region to contribute to peace and security in the region and we welcome contribution made by any country in strengthening peace and stability in region.”

He said Vietnam has been urging China to respect international maritime regulations and withdraw its ships from the EEZ region as it could damage the diplomatic and mutual trust between the two nations.

“We hope we will be able to cover not only the security of the two countries but issues concerning the whole region, and especially, we will bring up the current situation in the South China Sea,” Pham Sanh Chau said.