The Walt Disney Company has on Wednesday offered financial assistance to France over Notre Dame cathedral blaze incident, took place on Monday, worth USD five million to reconstruct the cathedral in Paris.

In an official statement, Walt Disney Company chief executive officer (CEO) Robert A. Iger stated: “Notre-Dame is a beacon of hope and beauty that has defined the heart of Paris and the soul of France for centuries, inspiring awe and reverence for its art and architecture and for its enduring place in human history.”

According to ANI news reports, Iger added the company stands with its neighbours and friends in the community, offering their heartfelt support as well as five mission dollars donation for the restoration of this irreplaceable masterpieces.

French President Emmanuel Macron has pledged on Monday to reconstruct Notre Dame cathedral after a deadly blaze devasted the historic cathedral on Monday.

Macron said international fundraising will be conducted on Tuesday to reconstruct the burnt Norte Dame cathedral.

The United Nations Educational, Scientific and Cultural Organization (UNESCO) has on Tuesday offered assistance to France to rebuild the Norte Dame cathedral after Monday’s fire incident which suffered severe damages. 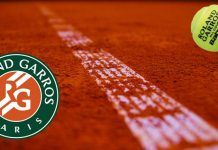