Lakshmi Vilas Bank becomes the fifth financial institution in India to fail. In the last two years, India has seen the downfall of banks such as IL&FS, DHFL, Yes Bank, and Punjab & Maharashtra Cooperative Bank, which has raised concerns about the safety of the financial system of the country. The Reserve Bank of India informed of their decision of placing the Lakshmi Vilas Bank on a 30-day moratorium person on November 17th. The apex financial institution of the country also put in place a draft scheme for its amalgamation with DBS Bank India, which is a subsidiary of DBS of Singapore.

The Reserve Bank of India informed that the financial position of the Chennai-based bank has undergone a steady decline, with continuous losses over the last three years eroding the bank’s net worth. The bank has a network of 563 branches and deposits of ₹ 20,973 crores. The bank was unable to raise adequate capital to address these issues. LVB also saw the continuous withdrawal of deposits and low levels of liquidity. The bank faced serious governance issues in the last few years which has led to the decline in the performance of the financial institution. The bank reported a net loss of ₹ 397 crores in the September quarter of FY21, as against a loss of ₹ 112 crores in the previous quarter. According to the bank reports, the gross non-performing assets (NPAs), which was 17.3 percent a year ago, stood 25.4 percent of its advances as of June 2020.

Several reports of the merger came in recent times. A merger proposal from Clix Capital fell off during discussions. The bank also proposed a merger with Indiabulls Housing Finance, but RBI objected to the proposal. The bank management also contacted the RBI that they were in talks with certain investors, however, there was a lack of any concrete proposal.

Although the Reserve Bank of India has put a cap of ₹ 25,000 on withdrawals, they assured depositors of the bank that their interest will be protected. After the merger proposed by the RBI, the combined balance sheet of DBS India and LVB would remain healthy. Without accounting for the additional capital, it can be estimated that the Capital to Risk-Weighted Assets Ratio (CRAR) can be found at 12.51 percent and Common Equity Tier-1 (CET-1) capital at 9.61 percent.

Previously, the Reserve Bank had bailed out Yes Bank through a scheme backed by the State Bank of India and other banks. The RBI and the government have often assured that the financial system is safe and sound, but a spate of failures have the potential to affect the confidence of depositors.

Since 2018, when the IL&FS collapsed, the financial sector of the country was met with liquidity issues and defaults. Thereafter, Punjab & Maharashtra Co-op Bank was hit by a loan scam involving HDIL promoters and the bank is yet to be bailed out. In March of last year, Yes Bank also nearly collapsed. The step that the Reserve Bank took against LVB was expected beforehand since the shareholders recently voted against the appointment of seven directors to its board.

The draft scheme published on the RBI website said, “On and from the appointed date, the entire amount of the paid-up share capital and reserves and surplus, including the balances in the share/securities premium account of the transferor bank, shall stand written off.”

On the account of anonymity, one investor said to the same news agency, “There are several options that can be considered. For instance, we have seen how to value maximization is happening at DHFL through a transparent bidding process. A similar approach can be taken for Lakshmi Vilas Bank.”

The institutional equity investors of the bank are Indiabulls Housing Finance, which had a 4.99 percent stake in the bank as of September 2020, Prolific Finvest which has 3.36 percent, Srei Infrastructure Finance with 3.34 percent, MN Dastur and Co has 1.89 percent, Capri Global Holdings has 1.82 percent, Capri Global Advisory Services has 2 percent, Boyance Infrastructure has 1.36 percent and Trinity Alternative Investment Managers with 1.61 percent.

The apex financial institution of the country has left its proposal open to suggestions and objections till November 20. The regulator will consider the comments before announcing the final details of LVB’s restructuring, which is hopefully before the December deadline. 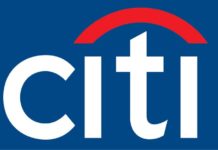 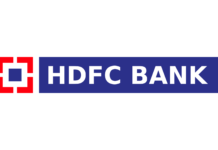