The Indian Wire » Environment » Extinction Rebellion: We’ve got the green fight in us Rebellions are built on the very foundation of Hope and when it’s about saving lives, humanity and Earth, it turns into a Revolution.

Extinction Rebellion (denoted as XR) is a global environmental movement across the borders, regions and countries to serve.

It aims of using nonviolent Civil disobedience(derived on the lines of Gandhian movement, Arab Spring and U.S. civil rights struggle) to compel the respective Governments to act fast and avoid tipping points in the climate system, biodiversity loss, social and ecological collapse.

It got established in UK under the leadership of 100 academicians in October 2018.

It sprang up as a response to a report by the United Nations Intergovernmental Panel on Climate Change (IPCC) voting an urgency to mitigate the rising temperatures. Now, it has become a global movement which seeks to “rebel”.

It even asks groups to “self-organise”, without the need for anyone’s permission, to come up with collective action plans as long as they adhere to the group’s core principles and values.

It is a decentralised, international and politically non-partisan movement using non-violent direct action and civil disobedience to persuade governments to act justly on the Climate and Ecological Emergency.

Severe restrictions on flying would be needed. Diets would have to change, by drastically cutting back on meat and dairy.

And there would have to be a massive increase in renewable energy, along with many other radical changes .

In order to successfully and sustainably produced with this untimely challenge, XR has “three core demands” from the governments around the world.

When it started to function, it believes that inhibiting public activities can bring the sleeping Governments in action and provide a further impetus to the negligent population of disbelieving in climate change emergency.

This is quite clear from the symbol of the movement. It has an hourglass within a Circle depicting the consistently losing time.

The founders of the movement are Roger Hallam, an organic farmer and a researcher of civil disobedience at King’s College, London, and Gail Bradbrook, a molecular biology scholar from Yorkshire.

The ‘Declaration of Rebellion‘ document of the movement states the following:

“This is our darkest hour.

Humanity finds itself embroiled in an event unprecedented in its history.

The science is clear:- we are in the sixth mass extinction event and we will face catastrophe if we do not act swiftly and robustly.

When Government and the law fail to provide any assurance of adequate protection, as well as security for its people’s well-being and the nation’s future, it becomes the right of its citizens to seek redress in order to restore dutiful democracy and to secure the solutions needed to avert catastrophe and protect the future.

It becomes not only our right, it becomes our sacred duty to rebel.

We hereby declare the bonds of the social contract to be null and void, which the government has rendered invalid by its continuing failure to act appropriately. We call upon every principled and peaceful citizen to rise with us.

We refuse to bequeath a dying planet to future generations by failing to act now.

We act in peace, with ferocious love of these lands in our hearts. We act on behalf of life.”

This immediately attracted and resonated with common citizens, hundreds of whom were ready to be arrested in the name of street protests.

All these rebels want is to be heard, to apply informed solutions to these ecological crises and to create a national assembly by which to initiate those solutions needed to change our present cataclysmic course.

Although the group does not look to the government to solve the world’s problems but It wants governments:

To ‘Tell the Truth’: about the climate crisis and the inherent biodiversity loss. To “Go Beyond Politics: create citizens’ assemblies that will advise them on a just transition to sustainable Environment.

It favours people collectively creating the structures to challenge power, eliminating the bias of the voice of the rich and powerful and be all inclusive of the one’s normally ignored under the prejudices of a boisterous majority. XR has also inspired groups of citizens, particularly the youth, and professionals in different fields to start local branches.

Alongside other countries, The India website of XR lists 14 local groups, ranging from Bengaluru and Delhi to Rajasthan and Guwahati.

They are now linked up with activists such as Greta Thunberg and the campaign’s like Fridays for Future and had acquired a wider base of supporters connected with the arts, sciences, law, and finance.

They tend to protest against projects that are carbon intensive (such as the costly HS2 high speed railway line in UK), destroy ancient woodlands, and contribute to climate change.

It is recently observed that the green Rebellion’ is getting associated with different socio-economic protests around the world.

The movement’s supporters have been criticised as “environmental fanatics” who plan to ruin thousands of holidays and risk alienating thousands of potential supporters by their opponents. 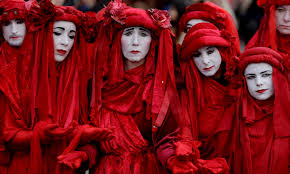 It reaches out to people in  a dressed and dramatic style.

Extinction Rebellion says anyone angered by its protests should “find out more about the severity of the ecological and climate crisis”.

“We are standing on a precipice. We can acknowledge the truth of what we are facing, or we can continue to kick the can down the road and allow the effects of a heating planet to have even more detrimental outcomes on all living beings.

We are already locked in to a certain amount of warming and biodiversity loss, but there is still time to change this story”.

The group firmly believes it is going to liberate the world from such crisis if everyone stays together in this fight for life. 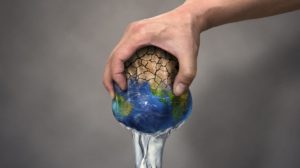 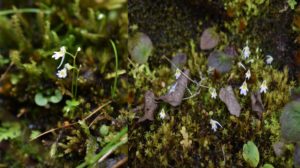 National Hydrogen Energy Mission: A new vision in the Budget
Green Homes for a greener planet