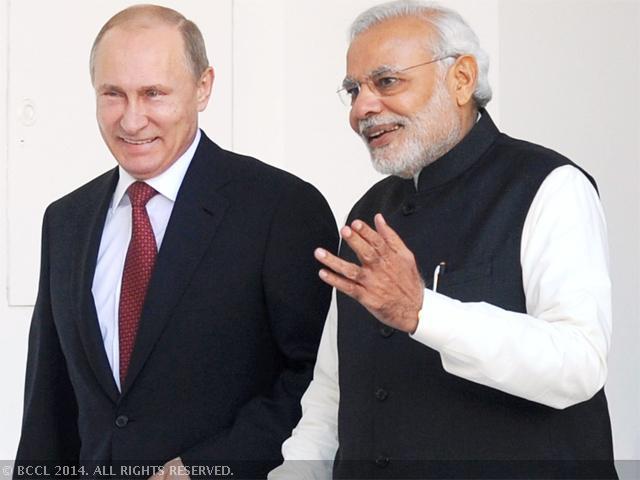 On the auspicious day of India's independence day, Vladimir Putin showed his interest in strengthening ties between Russia and India.

On the auspicious day of India’s independence day, Russian Premier, Vladimir Putin showed his interest in strengthening ties between Russia and India.

In order to strengthen international stability and security, he wants a special privilege partnership between both nations. With this message, he greeted India on 15 August. He said the India-Russia ties are based on mutual respect and friendship. Both the nations have a good track record of solving the issues on global and regional agendas with great cooperation and coordination.

He has praised India for its economic and social achievements and has said that India has acquired its place on the international stage which it always deserved.

Independence day’s greetings were given by other nation’s leaders.

PM Modi tweeted and thanked them all for their greetings.

In the month of June, PM Modi visited Russia and held a wide-ranging talks on bilateral, regional and international issues of mutual interests, including ways to boost energy and trade ties. There he mentioned that usually many international ties see ups and downs but Indo-Russian ties haven’t seen any ups and downs. After this meeting, the two sides are expected to sign 12 agreements in wide-ranging sectors, including in science and technology, railways, cultural exchanges and other business areas between private parties also, in addition to a “vision statement” that the two leaders will release. They are likely to ink a deal to build the last two units of India’s largest nuclear power plant in Kudankulam.