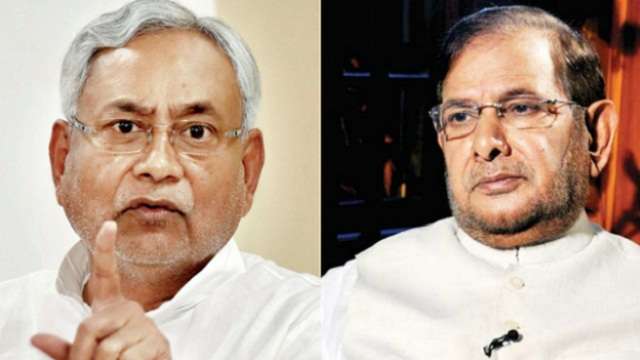 The JD(U) led by Sharad Yadav, elected Gujarat leader Chottubhai Vasava as the acting president of “the real JD(U) on Sunday.

Since Bihar Chief Minister Nitish Kumar broke the grand alliance with RJD and Congress, the political equations in the state are undergoing a new change almost every day.

Nitish Kumar form on following the principle of Zero tolerance against corruption asked for the resignation of former Deputy Chief Minister Tejahswi Yadav as he was charged with corruption cases against him. The later along with his father RJD chief Lalu Prasad Yadav refused any possibility of resignation, following which Nitish broke the alliance.

Nitish Kumar than joined hands with BJP and formed the new government in Bihar and this decision of Kumar many of JD(U) leader to rebel against the party. Sharad Yadav, one of the foundation member of the party felt backstabbed with Kumar’s decision and claimed that the real JD(U) is with him. This led to two factions in the party, one led by Nitish Kumar and the other led by Sharad Yadav.

Recently the party had also claimed for the party symbol but the Election Commission denied the right on the grounds that required documents were not submitted by the Yadav faction.

As per the latest updates, the real JD(U) claimed by Sharad Yadav has appointed Gujarat leader Chottubhai Vasava as the working president of the party. A party meeting was convened by the Yadav faction on Sunday. 19 state unit presidents had attended the meeting.

A senior leader Javed Raza said that during the meeting, a disciplinary action committee was also set to examine the violation of the party line dine by the Kumar faction. The members during the meeting also passed a resolution and declared Nitish Kumar’s decision of breaking the alliance and forming the new government in alliance with BJP as null and void.

A few days back Kumar camp had also warned that if Sharad Yadav crossed the red line and shared the stage with corrupt leaders during the mega rally organised by RJD Chief Lalu Prasad Yadav, Sharad would have to lose his Rajya Sabha seat. Even after the warning, Sharad had attended the rally saying that he was no greed of seats and power.

The members of the Yadav faction during the meeting opposed the disqualification of Sharad Yadav from the Rajya Sabha seat. Javed Raza said that “the internal differences in JDU a are an outside matter of a party and it has nothing to do with the conduct of Sharad Yadav inside Rajya Sabha.”

The party members opposed that the Kumar faction cannot threaten to take away Yadav’s Rajya Sabha seat on the provisions of the 10th Schedule.

While CPM Chief Sitaram Yechury suggested that instead of considering suo motto act on the Kumar faction, the real JD(U) must refer it to the privileges and ethics committee of the House.