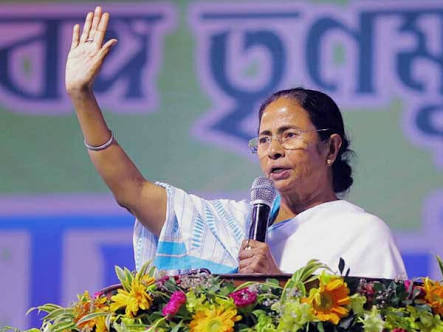 West Bengal became the first state to opt out of the National Health protection scheme unveiled in the Union Budget, with CM Mamata Banerjee announcing on Tuesday the state will not “waste” its hard-earned resources to contribute its share to the programme.

On February 1, the Union Budget announced the National Health Protection Scheme (NHPS), the biggest such global plan to provide quality health coverage to a population larger than the combined citizenry of the US, France, Germany and the UK.

Called ‘Modicare’, the plan seeks to extend health insurance to 500 million people from financially vulnerable households, meaning that about four in ten Indians would have access to modern medicine, critical care, and quality tertiary care through private and state facilities — financed through a Rs 5-lakh per family insurance cap.

The decision of West Bengal Government :

“The Centre has drawn up a health plan in which 40% of the fund has to come from states. But why should the state spend on another programme when it already has its own? A state will have its own scheme if it has the resources,” the CM said while addressing a public meeting in Krishnanagar.

Niti Aayog CEO Amitabh Kant has pegged the expenses for the Centre’s health plan at Rs 5,500-6,000 crore a year. The Centre has made a provisional allocation of Rs 2,000 crore and wants states to bear the rest. Mamata said her government has made hospitalization and treatment free in Bengal.

“We have done it even after the Centre takes away Rs 48,000 crore a year for debt-servicing the loan liability left behind by the preceding CPM government,” she added. She pointed out that the Bengal government had already enrolled 50 lakh people under its own Swasthya Sathi programme.

“They took away homemakers’ lakshmir bhanr (piggy banks) during demonetisation, brought everyone under GST and dealt a blow to small traders and businessmen. Now they are eying fixed deposits,” she said. The CM also ticked off the Centre for touting its pro-farmer policies when “as many as 12,000 farmers committed suicide all over India”.