Google’s Pixel Visual Core , the hidden image processing chip inside the Pixel 2 family of phones, is getting activated via a software update today. The Visual Core’s main purpose is to bring the HDR+ image processing that’s emblematic of the pixel camera. By using this your Instagram photography and snapchat stories will get benefit of major improvements in processing quality and efficiency Google explains the changes thusly.

Google has finally turned on Pixel Visual Core for Pixel 2 users. The custom co-processor that uses computational photography and machine learning to enhance images has now been updated to work on third-party apps like Instagram, WahtsApp and Snapchat. These means the Pixel 2 users will now be able to capture improved photographs from within these third-party camera apps. Visual’s Core HDR+ technology was previously enabled only for the Pixel 2’s main camera.

“Pixel Visual Core is built to do heavy-lifting image processing while using less power, which saves battery.That means we are able to use that additional computing power to improve the quality of your pictures by running the HDR+ algorithm”. The Android  software update that activates the Pixel Visual Core for third party apps is rolling out over the next days, starting immediately. Google also promises to kick out some fresh augmented reality stickers for the Pixel camera later this week, themed around winter sports  and timed to coincide with the Winter Olympic. The Pixel 2 and Pixel 2 XL are currently the best camera smart phones. A large part of what makes the cameras on the Pixel work is the use of Google’s terrific AI and machine learning software so much so that the flagships are able to capture great bokesh without needing a dual camera setup as the general trend int he industry.

Enabling Visual Core for camera apps will largely improve image quality that usually gets downgraded due comparison once the updated is rolled out, Pixel 2 users will notice brighter clearer images captured via third party apps like Instagram, Whats App, Snapchat. In brief , Google shows a couple of examples of Visual Core in action. You will notice that images short particularly  in low-light will be brighter and detailed without being to noisily or blurry thanks to company’s HDR+ technologies. 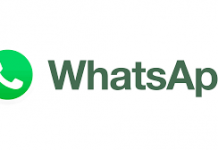