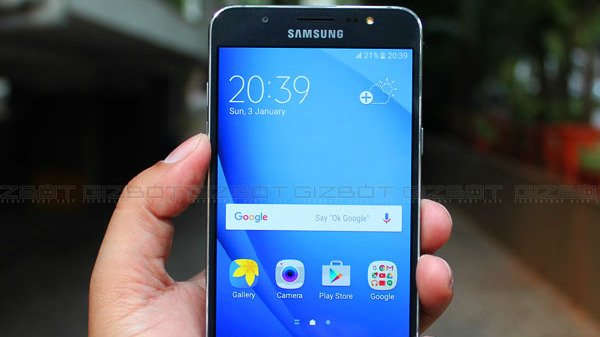 In the recent few months, we have heard a lot of buzz about the several Samsung’s Galaxy J series smartphones. The much-hyped rumors cover the stories around the Galaxy J8, Galaxy J3, and a few other devices from the house of Samsung which are expected to be released later on this year. The rumors highlight the fact that Samsung is looking forward to improving and grab a strong base in the mid-range segment with the release of upcoming Galaxy J series smartphone- a large market share which is currently dominated by the Chinese brands.

The latest smartphone from the house of Samsung found under the limelight hitting the rumor mills is the Samsung Galaxy J7(2018). The device was recently seen stopping by the GeekBench benchmarking platform and it leads to the release of the key specifications we can expect from this phone.Unlike, the previous Galaxy J7 models which were released sometime later in the second quarter of the year, this time J7(2018) model is expected to be announced by the end of the June this year. So, let us have a glimpse of what Samsung has to offer this time:

The upcoming Samsung Galaxy J7(2018) is expected to be powered with the same chipset as Galaxy A8(2018). The GeekBench listing database suggests that the Galaxy J7(2018) will be powered with the same Exynos 7885 chipset which was used in Galaxy A8(2018) which was announced in December 2017. The Exynos 7885 chipset comprises of two ARM Cortex A73 cores and is clocked up to 2.2GHz. The chipset will also use six 1.6GHz Cortex A53 cores. This chipset processor is new and only the recently announced Galaxy A8(2018) lineup is featured to using the same.This processor is expected to be coupled with 2GB RAM.

Talking about the performance front, the Samsung Galaxy J7(2018) scored almost 2000 points in the single-core test and 3800 points in the multi-core test- something expected from this much-awaited phone. The other details are not known yet but are soon to be revealed in the upcoming weeks. Stay connected to know more.