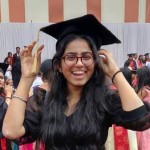 On 12th August 2020, we celebrated International Youth day. It is an awareness day selected by the United Nations. The purpose is to 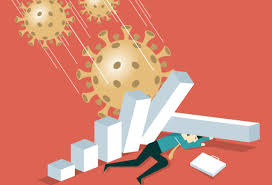 However, the real issue of employment takes a drastic downgrade as the national unemployment rate mounted from 8.67% on 9th August to 9.1% by the end of 16th August as per data reported by the Centre of Monitoring Indian Economy (CMIE).

This downfall in employment rate is regarded to be temporary blaming the much obvious Covid-19 Pandemic. The rural employment is suffering due to the agricultural activities coming to a halt at the start of the Lockdown and farm labourers going back to their original place of living. The On the other hand, the migration of workers and labourers as well as students pursuing internships to their hometowns and villages has resulted in the fall of Urban Employment. But is that really it?

More 6.1 million youth on the risk of losing jobs in India due to Corona Virus says Reports.

Approximately 61 lakh people in the age groups of 15-24 years are likely to lose jobs in India in 2020 if the lockdown extends for few more months, as reported by Asian Development Bank (ADB) in collaboration with International Labour Organisation (ILO). 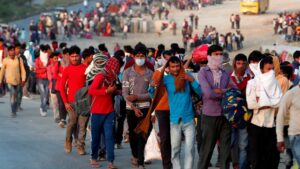 Governments in these countries are being urged to implement crucial, large-scale and beleaguered measures to produce employment for the youth, keep education and skills preparation on path, and minimise damaging the financial future of more than 660 million young people in those provinces.

Over 1.8 crore salaried employees lost their job in early Covid Months, 50 lakhs unemployed in a single month of July.

Salaried people form 21% of total employment in India, it is far lower than the number of those engaged in the other sectors like daily wages and business, professionals. 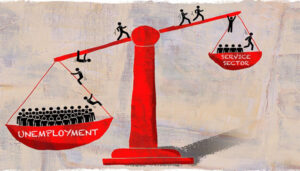 While employment in these sectors have been slowly gaining momentum since unlock period, the lack of development in salaried jobs smears a bothersome image in terms of livelihood of crores of salaried people.

Though their number is less, salaried employees’ earnings contribute more to the country’s Gross Domestic Product (GDP) in comparison to other sectors. These salaried jobs are mostly reliant on the formal economy. The atrocity in salaried employment began in the month of April when 17.7 Million innocent people lost jobs overnight due to varied reasons, subsequent to which 39 lakhs additional jobs were gained in June by replacement strategies and urgency to fill employment seats.

Experts predict that India’s informal economy will also be indirectly affected if there is no improvement in salaried jobs because the consumer and supplier chain is disrupted. The demand-supply circle of economics faces knots in between. This will lead to massive delay in the economic recovery of the nation.

41 lakh youth already lose jobs and are in search of new employment opportunities.

Youth unemployment rates in the India increased sharply in the first quarter of 2020 from the last quarter of 2019 due to obvious reasons and mass migrations. 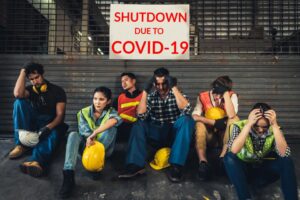 Along with India, countries like Australia, Indonesia, Japan, Malaysia, China, Hong Kong and Vietnam have seen similar stats in the unemployment rates.

1.5 crore full time jobs (youth) may be lost across various countries in Asia in 2020, according to the reports and analysis.

Young people in these region face greater labour market disruption and job losses than adults because nearly half of them were employed in the sectors which were hit hardest by the covid-19 crisis. These sectors are wholesale, retail, manufacturing, hospitality, food and workforce sectors.

Young women accounted to the maximum part in three of the four most-affected sectors, particularly in hospitality and food services. 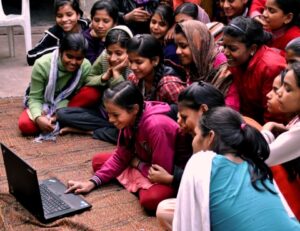 On the one hand, we discover our health systems overwhelmed by the pandemic. On the opposite hand, our female workforce is probably going to experience massive unemployment, which can end in gender inequality.

The government has announced a huge fiscal stimulus package to alleviate the plight of migrant workers and other vulnerable sections to weather the adverse impact of the pandemic. However, there’s tons more that must be done to arrest then reverse this perverse trend.

There ought to be a greater gender-neutral formalisation. Employment within the formal sector will help women get access to benefits under various legislations. Besides, supply-side reforms to enhance infrastructure and address other constraints to job creation could enable more labour force participation. Budgetary allocations to social sectors need an enormous push, including investment in education, which may cause higher female labour force participation within the end of the day .

Social norms are mutable, and it’s the broader economic trends and government policies matter. Bespoke government initiatives like Skill India, Make in India, and creating new quotas based exclusively on gender can work wonders. The training of girls should even be enhanced since vocational education is strongly linked with rising female labour force participation rates. But we’d like to take a position heavily in skill training and job support.

Half of the world’s youth population is subject to anxiety or depression-causing circumstances and quite a 3rd are uncertain of their future career prospects thanks to the Covid-19 pandemic, according to a survey by the International Labour Organization. 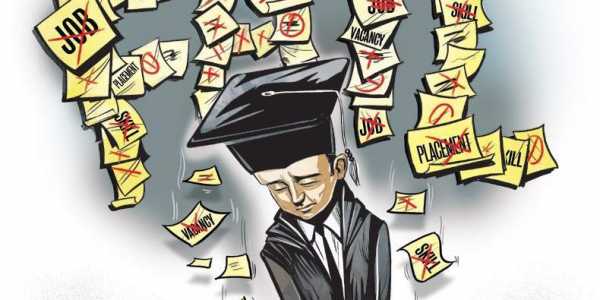 Mental health of young women and unemployed youth is the most vulnerable lying under the age groups of 18 to 24 yrs. Young people whose education or work was either disrupted or had stopped completely were almost twice as likely to be suffering from anxiety or depression as compared to those that continued to be used or whose education wasn’t affected.

Many young workers are employed in highly-affected sectors, like support, services or sales-related work, making them more susceptible to the economic consequences of the pandemic.

Hiring is gradually rising but not much compared to the pre-Lockdown stages.

Hiring activity in India has fallen to a lesser degree than in other global markets, like the United Kingdom and New Zealand and a couple of countries in Europe. The impact of COVID-19 has not been evenly spread across sectors. Some sectors, like construction, insurance are consistent in job postings. Other sectors have knowledgeable falls in hiring systems, replicating the extensive closure of financial activity. 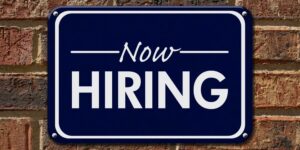 There is a touch of improvement in hiring from what it had been in May if you compare now. It’s too early to mention, but as a number one market researcher, this is often something that we’ll be watching moving forward. one among the larger conversations that’s happening as a results of the Covid-19 situation is concentrated on the longer term of how we work. This has created a replacement opportunity to ascertain how workforces can have more work from home flexibility or could even leave more remote work options within the future especially if employers see benefits.

Digital India might be the pathway to create local employment and help us retain the jobs of youngsters.

Employment faced a low due to advances in Artificial Intelligence and robotics seeing humans being replaced altogether sorts of jobs. While the talk remains ongoing, India is slowly working towards adopting new technologies and making these an integral a part of business strategies. 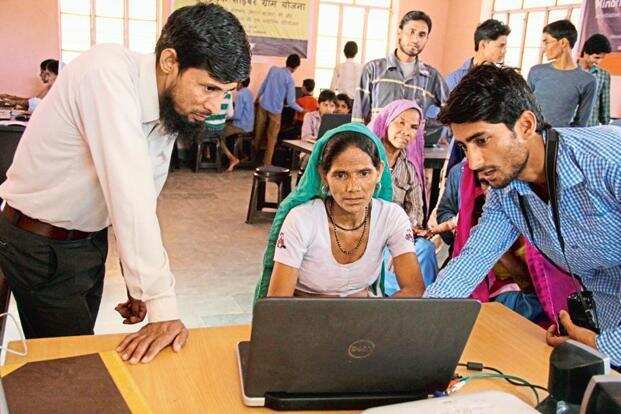 From the primary technological revolution to Industry technology has advanced at a mind-boggling pace. Mass-produced goods have now made way for mass-customization, supported individual demands. We are now talking about nearly 30 billion connected devices, and lots of them are capable of communicating with one another this is often the reality.

Digitalization will transform work especially for people having higher qualification and competence profiles but won’t replace them. It is impractical to replace people and man power with digital technology completely. Digitalization will actually generate additional jobs than it takes away in 2020. In today’s tough times it is not only keeping us all connected but also helping many keep their jobs through work from home and remote online internships.