The Indian Wire » Business » The Gati Shakti National Master Plan and what it promises for the nation? 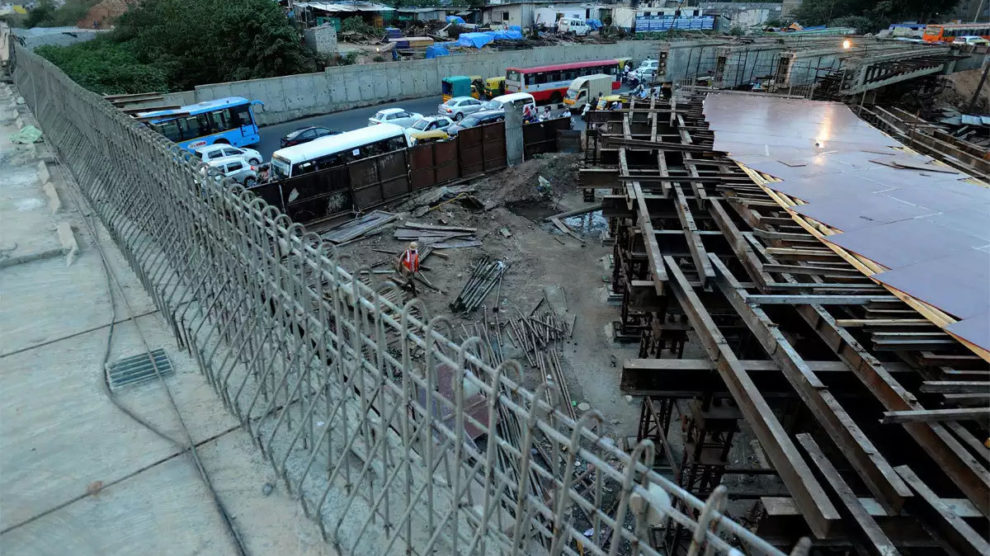 The Gati Shakti National Master Plan was first spoken about in the annual speech on Independence Day this year by Prime Minister Narendra Modi. The centre announced an allocation of a Rs 100 trillion budget for infrastructural development and finally on October 13, the initiative was unveiled. The idea is to execute a digital portal with multi-departmental cooperation to accelerate the nation’s growth reining in the costs at the same time.

Basics Of The Plan

As the centre states, Gati Shakti Master Plan is a “National Master Plan for multi-modal connectivity, with the aim of coordinated planning and execution of infrastructure projects to bring down logistics costs.” The plan would broadly focus on expanding work on the ground which would create more jobs and at the same time it would also make sure to save on costs.

Besides cutting logistics costs, the scheme is also aimed at increasing cargo handling capacity and reducing the turnaround time at ports to boost trade.

The government revealed that the plan would help it achieve its ambitious target to expand the length of the national highway network to 2 lakh km, create more than 200 new airports, heliports and water aerodromes by 2024-25.

Extending 4G connectivity to all villages and adding 17,000 km to the gas pipeline network are also under consideration.

The plan would be rolled out with the coordinated efforts of 16 infrastructure-related Ministries and departments. Central government departments, including Railways, Roads and Highways, Petroleum and Gas, Power, Telecom, Shipping and Aviation, will be part of it.

Long-standing issues such as disjointed planning, lack of standardisation, problems with clearances, and timely creation and utilisation of infrastructure capacities will be eliminated owing to this move. As stated in the official statement, “the plan seeks to end bureaucratic entanglements and break inter-ministerial silos that holds up infrastructure projects and drive up their costs.”

The binding and fundamental tool for this implementation would be a digital portal through which infrastructure projects can be planned and implemented in an efficacious manner with constant coordination between various ministries/departments on a real-time basis. It will ensure that the Centre does not lose money or time due to the lack of coordination.

For the coordinated implementation of the master plan, the government will create a new institutional mechanism. A network planning group (NPG) of technical experts from each of the 16 infrastructure ministries will examine projects of infrastructure connectivity that cost more than ₹500 crores included under multimodal infrastructure classification. The projects cleared by the NPG will be sent to an Empowered Group of Secretaries headed by the cabinet secretary for further scrutiny and approval.

Where NIP Enters The Scene

The Gati Shakti scheme will subsume the Rs 110 lakh crore allocated for National Infrastructure Pipeline that was launched in 2019.

The National Infrastructure Pipeline (NIP), is a list of social and infrastructure projects that the government plans to build by 2025. The Gati Shakti will form the digital backbone upon which the infrastructure projects will be implemented. Built by the Bhaskaracharya National Institute for Space Applications and Geo-informatics (BISAG-N), all projects will be on this digital platform. Every aspect of the planning will be dealt by the master plan, from stakeholder coordination to key last-mile connectivity.

High logistics costs in India, which are around 13 percent of the country’s GDP, reduce the competitiveness of most Indian industries on a global scale.

Smoother transportation will reduce logistics costs and make exports more competitive. Commerce and industry minister Piyush Goyal said on Thursday that the PM Gati Shakti has the potential to reduce logistical costs from 13% to 8% in the next four-five years, which may lead to savings of about ₹20 lakh crore for an economy of $5 trillion.

Seamless last-mile connectivity will greatly help farmers who also lose out on opportunities to export due to weak transport linkages.

Although the government has pushed in some banking sector reforms along with the Insolvency and Bankruptcy Code which has yielded about Rs. 2.4 lakh crore of recoveries on bad loans, the trend of declining credit offtake is a red flag. Banks give credit off-takes to help businesses acquire financing for future projects through the promise of future income and proof of an existing market.

Moreover, due to land acquisition delays and litigation issues, the rate of implementation of projects is very slow on global standards. Getting approvals is very difficult in terms of land access, environmental clearances. Impending litigation in court further delays the infrastructure projects.

PM Gati Shakti sounds highly potential. Yet the centre must emphasise on the need to address structural and macroeconomic stability concerns that will inevitably arise out of such heavy public expenditure.

It is essential to convince citizens not just through rhetoric but through timely action that they will benefit from such grand plans through better social welfare, lower service costs and higher efficiencies. Respecting federal boundaries while dealing with the States must also be kept in mind.

The initiative must be underpinned by a stable and predictable regulatory and institutional framework.

Indian Exports rise amid widening of the record Trade Deficit in September
Energy Crisis, A New Pandemic That Can Dim The Future Of The People
Comment