The Indian Wire » Business » Unit Trust India IPO : Everything You Need To Know 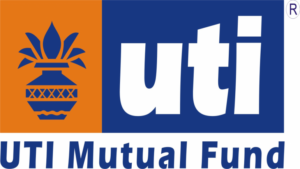 About UTI AMC
UTI came into existence in 1964 through an act of Parliament. Its first scheme was US-64. UTI was split into the Specified Undertaking of the Unit Trust of India (SUUTI) and UTI AMC, when US-64 collapsed, in 2003. The large equity holdings and other assets including real estate and 25 assured-return schemes went to SUUTI while net asset value-based schemes were shifted to UTI AMC. As of March 31, UTI Mutual Fund had 195 schemes in operation with average assets under management (AUM) at Rs 1.5 lakh crore.

UTI AMC is today a household name in India and has a wide portfolio to suit the varied needs of investors supported by industry-led best practices, long-term vision, and shareholder values UTI AMC is one of the leading financial institutions with a pan Indian presence with 150 branches,
47,000 highly trained IFAs, 320 Chief Agents and Business Development Associates and over 1 crore investor accounts.

According to the DRHP, UTI AMC gets SEBI nod to launch IPO. UTI AMC IPO will involve the sale of 38,987,081 shares. The IPO is likely to mobilize around INR3,500 crore, valuing the company at around INR13,500 crore. After Nippon life asset management and HDFC Mutual Fund, this will be the third public offering in the Indian mutual fund industry UTI Asset management company, the country’s 7th largest mutual fund, has received the
Security and Exchange Board of India’s nod for an initial public offering. Existing shareholders of the company will sell 3.90 crore shares in the issue, that could help raise about 3500 crores for them. The IPO is likely to be priced at Rs 850-900 per share, according to bankers Public sector companies like SBI, LIC, PNB, and Bank of Baroda each bold 18.5% stake in the asset manager, while the remaining 26% stake is held by US-based T-Rowe Price, SBI, LIC and Bank of Baroda is looking to sell 1.05 crores shares each in UTI, while PNB and T Rowe Price will sell 38.04 lakh shares each through an offer for sale.