The Indian Wire » Entertainment » Akshay Kumar : I want to play a psycho! 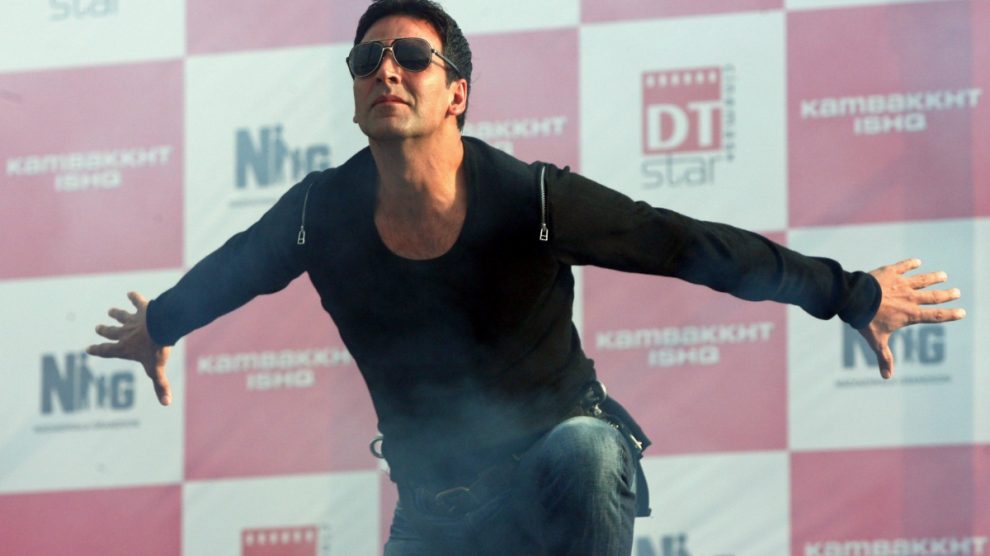 Bollywood actor Akshay Kumar says that he has an unfulfilled desire on roles, he wants to play a role of psycho.

Akshay Kumar is an actor, producer, martial artist and television personality. Akshay has appeared in over a hundred Hindi films and he has won several awards like National Film Award for Best Actor for his performance in Rustom

Now, it seems like Akshay Kumar is more interested in doing socially-conscious films. He had done quite a few films in the last couple of years, including the upcoming Toilet: Ek Prem Katha. On doing socially-conscious films, Akshay says, “We are trying to address issues in films, with a dash of comedy, romance, and action. My next film is Padman, which is based on sanitary napkins. More than 90 percent of Indian women can’t even afford them. It’s an issue not really talked about. Recently, there were a lot of controversies when the government announced that GST would be levied on sanitary pads.”

Talking about his upcoming movie Padman, he said, “The film is about that issue, but it’s fictionalised and commercialised to appeal to all audiences.” He added ” I feel messages get through better when told entertainingly. Even when I’m giving advice to my son, I try to tell him that in a funny way.”

While Akshay is busy promoting his upcoming movie titled “Toilet: Ek Prem Katha”, opposite Bhumi Pednekar. The movie which is directed by Shree Narayan Singh and co-produced by Akshay Kumar and Neeraj Pandey. About her co-star Bhumi Pednekar, he said, “It’s not an easy role to play. I think it takes immense courage to be filmed as she has been in the film.” He added, “Some of the scenes have her pulling up her saree and squatting. These are difficult scenes to do. Well, he has no access to a toilet, and yes, is a stalker. But the story is about how he eventually transforms into a gentleman.” he says.

Akshay is also working with the legendary actor Rajinikanth in the film titled “2.0”. On this, Akshay said, “At this point, I can only tell you that I’m the villain, who gets beaten up by Rajinikanth,”  He added, “While on roles, I have an unfulfilled desire… I want to play a psycho.”

Katrina Kaif is planning to start her production house soon!
Pooja Banerjee : I have been approached to play the female lead in Ghulaam!