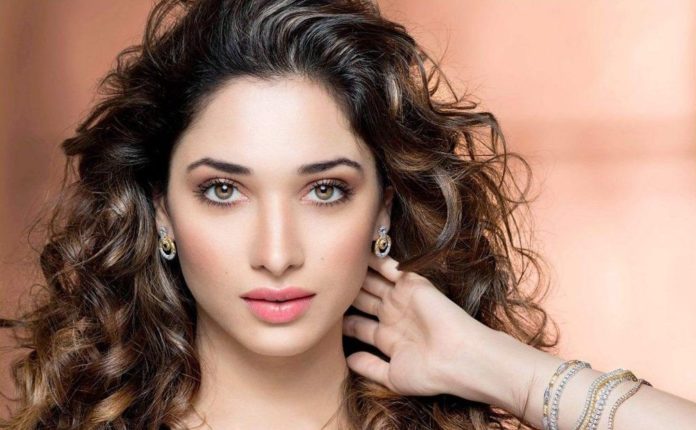 A remake is an attempt to present the original film in a new light, with new actors albeit staying true to the story. Andhadhun which is getting a Telugu remake is one of the most anticipated remakes ever. Naturally, the excitement about its cast will be high too.

In order to not disappoint the audience, the makers have compiled a cast of terrific talent. The role made popular by Tabu in the original film, is one, which the audience will look forward to the most, apart from the main lead. So, who have the makers cast for it?

They have recruited, Tamannaah Bhatia to play the role of Tabu’s character in the remake. While actor Nithiin will play the main lead, Ayushmaan Khurrana played in the original with virtuosity. For Radhika Apte’s role, they have chosen, actor Nabha Natesh.

Directing the film is, Merlapaka Gandhi. N Sudhakar Reddy and Nikitha Reddy are producing the film under their Shresth Movies Banner. This is their sixth production.

Earlier according to Telugu Cinema, Ramya Krishnan, Nadia, and Anasuya were the three actors, the makers had approached for portraying Tabu’s role. However, they ended up choosing Tamannaah for the role.

In another report, run by Pinkvilla, Tabu herself was going to reprise her role in the remake too. She quoted a heavy remuneration, which led to the makers not casting her. Shresth Movies has purchased the Telugu remake rights for Andhadhun for about Rs 3.5 crore.

Let’s see how the Telugu remake, fares with the movie-going audience.

Romance with Tabu in A Suitable Boy is very layered and beautiful : Ishaan Khatter