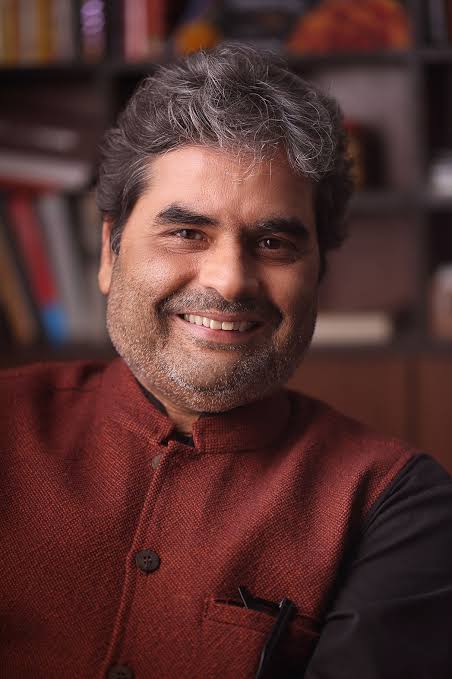 A director’s job is to make a film an enriching and immersive experience for his/her audience. Call it his/her ‘Dharma’  or obligation, yet they still have to entertain the audience. In Indian Cinema’s rich history of more than 100 years, one director with his multifaceted storytelling has captivated audiences’ attention. That man is Mr. Vishal Bhardwaj. Today as an ode to him, we are listing down some of his best films to ever grace the silver screen, so without further ado let’s start.

Quite easily, Vishal’s most stunning film in terms of its cinematography and stunning direction, and acting. Haider was an Indian adaptation of Shakespeare’s ‘Hamlet’. It told the story of a young man, Haider who returns home to Kashmir after the death of his father. What happens when he comes to know that his uncle and mother conspired and killed his father forms the crux of the story.

What made Haider so compelling was the treatment of its subject matter, Hamlet. It is difficult to adapt  Shakespeare’s play in English, but the way Bhardwaj adapted it for the Indian audiences and adding his own flavor of intensity and darkness made the film, a worth watch.

His casting which comprised of actors such as Shahid Kapoor, Shraddha Kapoor, Tabu, Kay Kay Menon and Irrfan Khan can be described as nothing short than perfect. Each actor brought depth to his/her role and added a layer to Vishal’s narrative. Also, the beautiful and haunting landscape of Kashmir, captured in the film is an added bonus to watch the film. Quite simply a masterpiece from Bhardwaj.

Second, on our list is Omkara. Part of Bhardwaj’s Indian adaptation of Shakespearean trilogy, Omkara was an adaptation of Othello. Set in Meerut, the film explores the themes of treachery and deceit amidst the badlands of Uttar Pradesh.

The film is about Omi and his gang of men, Kesu and Langda Tyagi. Problem happens, when Omkara, leader of the gang nominates Kesu as his successor which leads to Langda Tyagi plotting revenge and setting a trail of deceit, murder and conspiracy.

This film showed, Vishal’s class as he made a completely raw and authentic film with mainstream actors. It showed a strong Khariboli dialect than Hindi, unheard of that time in Hindi Cinema. The film explored all the themes of Othello in an intricate manner, whilst giving Bollywood one of its finest villains in Langda Tyagi.

Saif Ali Khan who replaced actor, Aamir Khan in the film gave a performance for the ages, which not only turned his career but also showed Bhardwaj’s eye for detail. The film was multi-layered with themes that no other director would have explored as Vishal did.

Maqbool was the first in Vishal’s Shakespearean trilogy. It was a breakout role for Irrfan Khan, who gave a performance that made everyone sit up and notice. Maqbool an adaptation of Macbeth, revolved around Maqbool an important member and loyal servant of ‘Abbaji’. Together with Abbaji’s wife and his lover, Nimmi, Maqbool conspires to kill Abbaji and take over his throne.

It showed the themes of lust, power, treachery and love, in the Mumbai underworld. What made the film so endearing was its fresh story, nuanced screenplay, and powerful performances. Vishal made sure that each character in the film played an important role.

It was a departure from Bollywood’s cliched tried and tested formula of storytelling, marking a new era in the gangster genre.

Kaminey was another crime drama film from Vishal. Released in 2009, the film showed the story of two twins, Charlie and Guddu (played by Shahid Kapoor). While Charlie stammers and is meek, Guddu is rough-tough and utters the letter ‘s’ as ‘f’. Their eccentricities made the film a fun watch, even though its subject being dark, it provided the touch of humor which elevated Vishal’s film.

It showed how two twins wanting a life of prosperity end up in a bad and corrupt world. Priyanka Chopra features as Charlie’s wife in the film and her chemistry with Shahid was an added bonus to the film.

The film proved audiences one thing, that Vishal is the master of the crime-drama genre.

Although, Vishal has directed other films such as 7 Khoon Maaf, Rangoon, Makdee and Matru Ki Bijlee ka Mandola, none of them were able to replicate the magic, intricacies and nuances which these films did. Maybe his mastery in the crime-drama genre, is the reason.