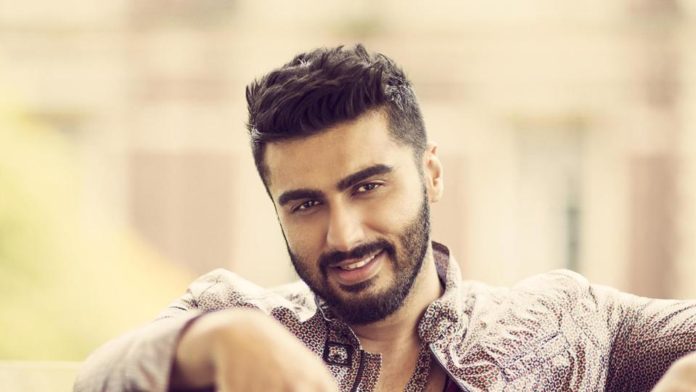 Just imagine what does it take to make an entertaining film? The one thing which probably might come to your mind while imagining is a huge cast. A cast filled with stars is the stuff of dreams. To turn dreams into reality, makers of horror-comedy “Bhoot Police” are compiling some of the finest actors of the country.

The film’s cast already boasts the likes of Saif Ali Khan, Ali Fazal, Fatima Sana Shaikh. News has come now that they’ve also cast actor, Arjun Kapoor in the film. Announced last year, the film will see Saif and Ali playing the role of ‘ghosthunters’, while Fatima plays the role of an ‘enchanting woman’. So what will Arjun play in the film?

Well, on this front the makers have kept the details under wraps as of now and the details of his character will be revealed later. ‘Phobia’ fame director, Pavan Kripalani is directing the film, which will be a horror-comedy in 3D.

Talking about the film, Kripalani said :

“Ramesh Taurani, Akshai Puri, and I are excited to bring this spooky adventure comedy on the celluloid for everyone to experience the thrills and laughs on the big screen.”

He also talked about casting both Saif and Arjun in the same film, on which he elaborated as follows :

“I am thrilled to have Saif and Arjun come together for this entertaining feature. Both of them will be seen bringing their trademark fun elements to the brand new avatars they will portray in this film.”

While the film will start its shoot by the end of this year, it is to be noted that it’ll be a part of a film franchise. Last year, both Ali and Fatima had shared the film’s first look on Twitter.

It is going to be fun when all the four actors will come together on-screen to make the audience laugh. Each actor already has done a good repertoire of work.

Let’s wait and see how this horror-comedy will turn out to be. Till then, keep reading ‘The Indian Wire’ for more entertainment news and comment below what do you think of Arjun’s casting in the film.