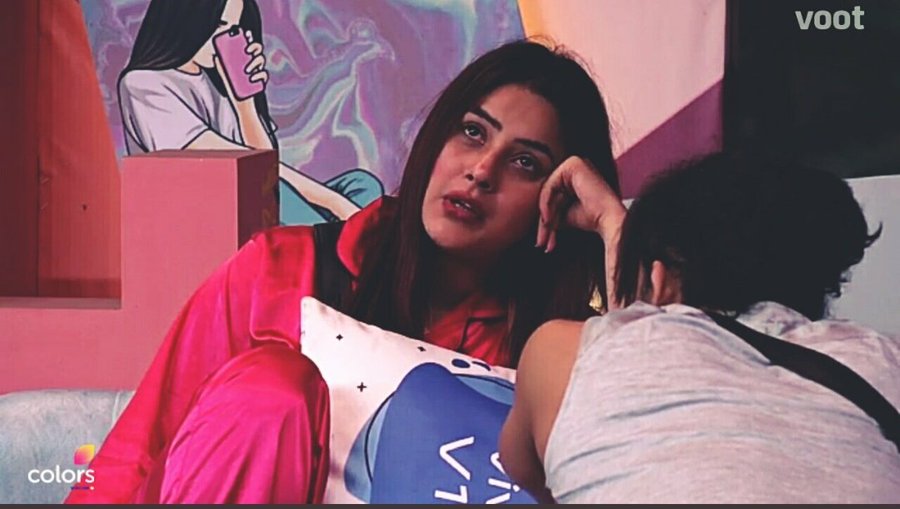 Shehnaz Gill will suffer an emotional breakdown because of Siddharth Shukla’s behavior toward her in the upcoming episode of Bigg Boss 13. In a clip released by the show, Siddharth teases Shehnaz by comparing her unfavorably with Mahira Sharma. Shehnaz gets irritated, and tells Siddharth to stop trying to poke her. Then, Siddharth sits near Shehnaz and insinuates that she’s jealous of Mahira. Steadily, Shehnaz begins to react emotionally, and warns Siddharth against trying to get a reaction out of her because he’s just bullying her. Shehnaz feels that Siddharth is spoiling her image by telling everyone that she gets jealous of people very easily.

In the bedroom, Siddharth asks Shehnaz why she’s upset. Shehnaz says she doesn’t know how the audience perceive her as a person, and he shouldn’t try to alter her image. Suddenly, she reacts violently and throws away the contents lying on the bed.

At the end of the clip, Shehnaz is sitting out, on the floor. She’s wailing as Madhurima Tuli and Arti Singh try to comfort her. However, Shehnaz begins to breakdown loudly and screams that anybody who tries to bully her will suffer gross consequences. As more people come to help her, Shehnaz reacts violently and keeps yelling.

Is this the end of Siddharth and Shehnaz’s friendship? Only time, and upcoming episodes will tell.