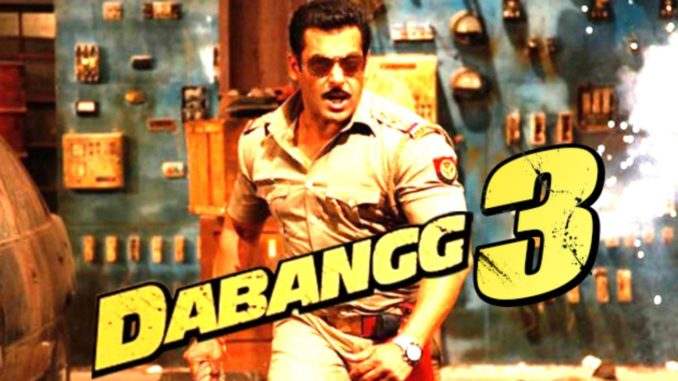 As the release date of Salman Khan starrer Dabangg 3 is coming closer, the excitement of fans is also increasing. The film is the third installment of Dabangg franchise which is considered as one of the most successful film series.

The makers of the film are also coming up with creative strategies to maintain the buzz around the film alive. Instead of releasing the video songs, the makers are dropping only audios.

After releasing the iconic Naina song in audio a few days ago, the makers of Salman Khan and Sonakshi Sinha starrer Dabangg 3 have released the audio of a new song today.

Titled Yu Karke, the song is a peppy mood lifting number crooned by none other than our ”most wanted Bhai” Salman Khan and Payal Dev. Composed by the music duo Sajid-Wajid, the new song has been penned by Danish Sabri.

Dabangg 3 is the third installment of one of the most successful film franchise Dabangg. Besides Salman Khan and Sonakshi Sinha, the film also features Kiccha Sudeep, Arbaaz Khan and Pramod Khanna in key roles. The film will also see Mahesh Manjrekar’s daughter Saiee Manjrekar making her Bollywood debut opposite Salman.

Sonakshi Sinha looks exquisite in a blue dress at the Dabangg Tour in Dubai, see pictures
Actress Adah Sharma reveals she still auditions for films even after a decade of her debut
Comment