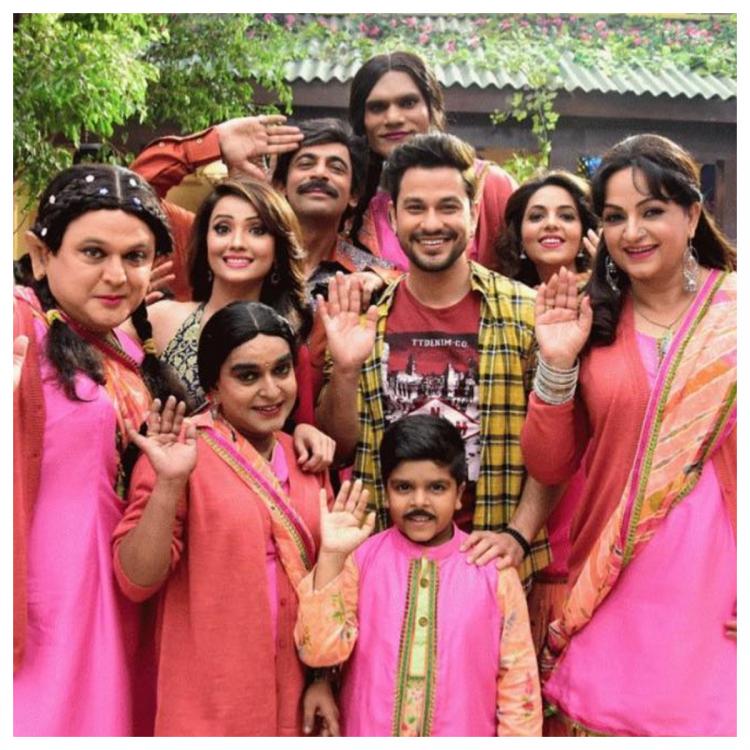 First trailer of Star Plus‘ ‘Kanpur Wale Khuranas’ is out. The video featured Sunil Grover, Kunal Kemmu as jija-saala and Adaa Khan as a housewife.

The two were seen talking about Ranveer and Deepika’s wedding which eventually led up to cracking joke on marriages.

The video was posted by the channel on its official twitter account and it was captioned, “Aap milne aayenge na,#KanpurWaaleKhuranas se? Coming Soon only on StarPlus”

Sunil recently announced the cast of the show through his social media post.  Ali Asgar, Sugandha Mishra and Upasana Singh will also be seen on the show.

A source recently shared, “The show will be a unique concept that will showcase the highlights of the year (2018). While Kunal will host the achievers of the year, Sunil, who plays his jija (brother-in-law) will entertain the audience with gags. Adaa Khan will play Sunil’s wife in the show. Ali, Upasana and Sugandha will also be part of their crazy family. The team has already started shooting and it will go on air sometime in December.”