Karan Johar’s talk show Koffee With Karan is returning again with it’s sixth season. His chat show is hugely popular as he gets his celebrity friends and fraternity members to open up about their lives in an up, close and personal way.

Karan Johar confirmed the news via his twitter. The talk show will be shot in September and will be aired October 21 onwards. While there have been enough talks about who all will be guests this season, names of newly married couple Virat Kohli – Anushka Sharma, Dhadak stars Janhvi Kapoor – Ishaan Khatter as the first guests have been making rounds on the internet.

Now the latest we hear is that it will be Shah Rukh Khan, Salman Khan and Katrina Kaif who will be the first guests to be on KJo’s show. Katrina is known to share a good bond with both King Khan and Salman Khan so it would be fun to have the trio together on the show. The source said, “Salman and SRK are buddies and individually too, they share a great rapport with Karan. SRK has his film Zero coming up, which stars Katrina. She is Salman’s heroine in Bharat, too. So, it makes sense that she joins the two superstars.”

“They are working on the concept and if all goes well, the trio will be seen together for the first time on Karan’s show,” DNA quoted a source as saying.

Katrina has a film with Shah Rukh lined for release in December this year. She is now also a part of Salman’s 2019 Eid release Bharat. Katrina has shared screen space with the two superstars earlier as well. And hence she shares a great bond with the two.

The show is aired in India on Star World. 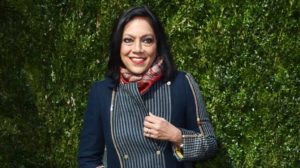