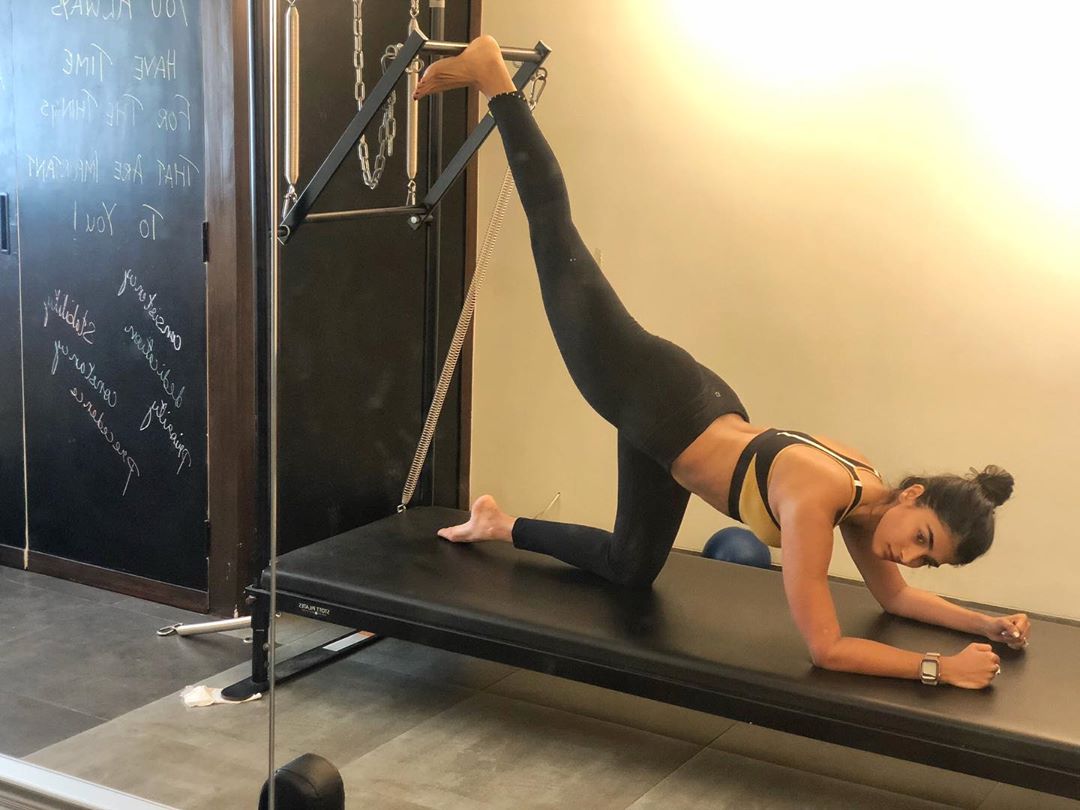 Pooja Hegde is one of the most beautiful and successful actresses in Telugu cinema. Pooja is known for her cute looks and she rose to fame with lead role in Hrithik Roshan starrer film ‘Mohenjo Daro’.

Pooja Hegde, in addition to her busy schedule is very active on social media. Recently Pooja took to Instagram to share a video of her ‘pilates’ workout.

Pooja can be seen in a comfy yoga pants stretching her legs in the workout.

Check out the video here:

On the work front, Pooja is currently filming Telugu film ‘Valmiki’. It is a remake of Tamil film Jigarthanda directed by Harish Shankar. The film features Varun Tej , Atharvaa and Pooja Hegde in the lead roles.

Pooja’s movie ‘Ala Vaikuntapuramlo’ is scheduled to release next year. The film is directed by Trivikram Srinivas and it stars Allu Arjun, Pooja Hegde and Nivetha Pethuraj in the lead roles.

Youtuber Bhuvan Bam rolls out #AskBB 6, exclusive to Twitter
Adah Sharma looks stunning as she pose for a photo: Check it out here
Comment