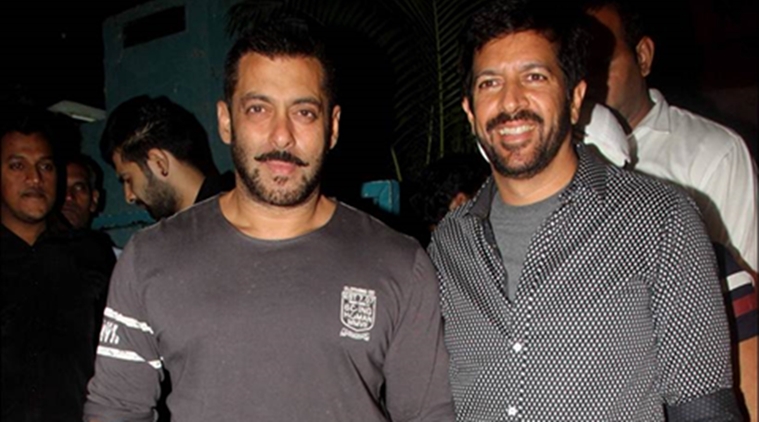 Bollywood actor Salman Khan is likely to reunite with director Kabir Khan for a new film, according to a report in Mumbai Mirror. The report revealed that Salman and Kabir have had multiple meetings over the last few months to discuss a film and Salman has even liked the ideas of Kabir.

The report quoted a source close to the development as saying, “Kabir has narrated some ideas to Salman, which the latter is excited about, but he is waiting for the final narration.” Kabir, who is currently gearing up for his upcoming sports drama 83, will start scripting his next film only after the release of 83.

The filmmaker is reported to have a wide variety of subjects to choose from for his next project. Some of them include an action-thriller and a social drama about an Indian zoo-keeper who travels to China to bring back a Panda and save his zoo. “There would be absolute clarity around Kabir and Salman’s film by June. once there is some movement to translate the discussed idea into a screenplay,” the source said.

Salman Khan and Kabir Khan have previously worked together on three films. They first came together for Ekk Tha Tiger which was released in 2012 and emerged as a big hit. After that, they collaborated for Bajrangi Bhaijaan in 2015 which not only turned out to be a blockbuster but also won the National Film Award for Best Popular Film Providing Wholesome Entertainment at the 63rd National Film Awards. Their third and last collaboration was for Tubelight which was released in 2017 and turned out to be a flop at the box office.

After the failure of Tubelight, there were reports that the two had a fall-out. With reports of their reunion emerging, it will be interesting to see what subject they choose for their fourth project.