Shahid Kapoor is working with celebrated chef, Kelvin Cheung, to customise his diet to achieve the desired look for his movie, 'Padmavati'.

Actor Shahid Kapoor will be seen next as a warrior Rawal Ratan Singh in his upcoming movie ‘Padmavati‘. ‘Padmavati’ is an upcoming Indian period drama film which is directed by Sanjay Leela Bhansali, jointly produced by Bhansali and Viacom 18 Motion Pictures. The film features Deepika Padukone in the title role as Rani Padmini, alongside Shahid Kapoor, Ranveer Singh and Aditi Rao Hydari. Where Shahid plays her on-screen husband and Ranveer Singh will be seen as Alauddin Khilji.

Shahid Kapoor will have to transform himself for his role and for that, he will be following a strict diet plan. According to reports, celebrity Chef Kelvin Cheung has planned out a diet chart for the actor, keeping his body requirements in mind. Which includes green vegetables like broccoli, kale and spinach, along with grains and legumes that are rich in protein in his afternoon meal. Kelvin makes sure that his meals are flavoured with certain spices to make for the absence of salt. Shahid usually has Asian cuisine. Though an actor is on a no salt diet. However, the actor is allowed to treat himself with a Mexican meal like a rice wrap with lots of grilled, steamed or raw vegetables once in a week.  The actor also relishes having a bowl of mangoes in summer. Shahid treats himself with a snack of sweet potatoes after wrapping a long shoot day.

While Ranveer Singh and Deepika Padukone have worked with Sanjay Leela Bhansali in ‘Goliyon ki Rasleela, Ram-Leela’, and ‘Bajirao Mastaani’, this will be the first time for Shahid to get directed by Bhansali and it looks like the actor wants to leave no stone unturned to impress the director of the movie and his fans as he sweats out in the gym to look every bit fit and perfect in the period drama, Padmavati.

Shahid posted a still on Instagram. He cation the photo, “Gym sessions.”

Confirming about his diet schedule, Shahid Kapoor said, “Fitness has always been a part of who I am. Even though it can be tougher for me as a vegetarian, it’s completely worth it and satisfying at the end of the day.”

‘Padmavati’ is slated to release it on 17 November 2017. Have something to say related to the article…? Feel free to comment in the given box below.. 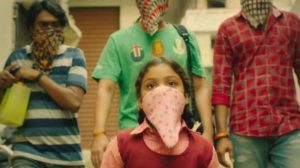 How different narratives build up a great thriller ‘Brochevarevarura’ 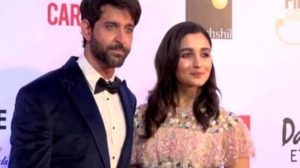 Abhishek Bachchan talks about his film with Aishwarya
Arjun Rampal slays in ‘Daddy’- trailer out now!