The day for which SS Rajamouli was waiting for, with patience has finally come. He is back along with the crew of his next epic, Roudram Ranam Rudhiram aka RRR, and on Tuesday revealed the same through a video. The video, made in a dramatic fashion akin to his films, showcases how the cast and crew are adjusting to the “new normal”.

Making a film is no easy feat, especially amidst the times of a pandemic. The film is going to be an expensive venture for Rajamouli. A massive budget of 300 crore rupees is the cost at which the makers are creating the epic.

Even though it is based on real-life people, the makers have clarified that the film is going to be a work of fiction.

The film’s shooting got stopped due to the COVID-19 pandemic in March. While Rajamouli and his family members tested positive for coronavirus a few months back, but they recovered from it soon.

The director, Rajamouli earlier stated that he is waiting since August, for permission from doctors, to get back on sets, to shoot the film again.

Bollywood actors Ajay Devgn and Alia Bhatt also star in the film. On the other hand, rounding off the cast of the film are British actor Olivia Morris, Hollywood actor Ray Stevenson and Irish actor Alison Doody. 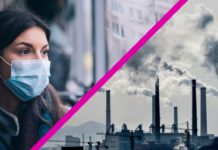