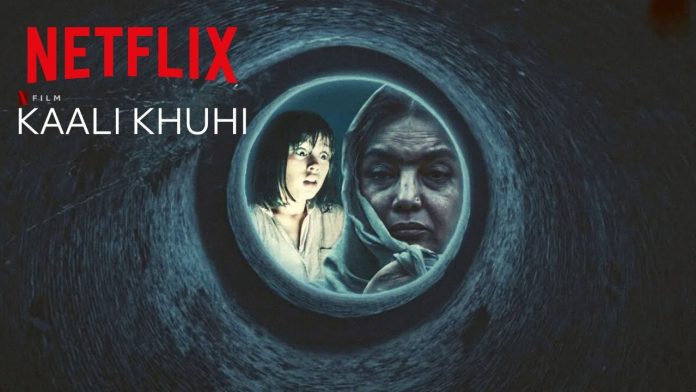 Everyone waits for Friday’s with palpable excitement. The chance to see their favorite film, releasing on the day, is one, which no one wants to miss. Unfortunately, the pandemic has forced theatres to remain shut. OTT platforms have stepped in as the savior of people. So what if you can’t see films in theatres, they can be seen, from the comfort of your homes.

On October 30, Friday, you all will get the chance to see Netflix‘s upcoming horror-thriller, Kaali Khuhi, which stars Shabana Azmi and Riva Arora in the lead roles. It is a film on female infanticide in Punjab, with Terrie Samundra directing the film.

Netflix dropped the film’s teaser on Monday, which is the story of a family, who has a daughter, seeing repeated visions of a young girl. The young girl is a 10-years-old named, Shivangi. She has to save her village, from the ghosts of its past.

Apart from Shabana and Riva, the movie will also feature Satyadeep Mishra and Sanjeeda Shaikh. This is Shabana Azmi’s first film in 3 years after her last project, an international feature, known as The Black Prince, released in 2017.