The Indian Wire » Entertainment » If Taapsee Pannu and Bhumi Pednekar woke up as KANGANA RANAUT, THIS is what they would do 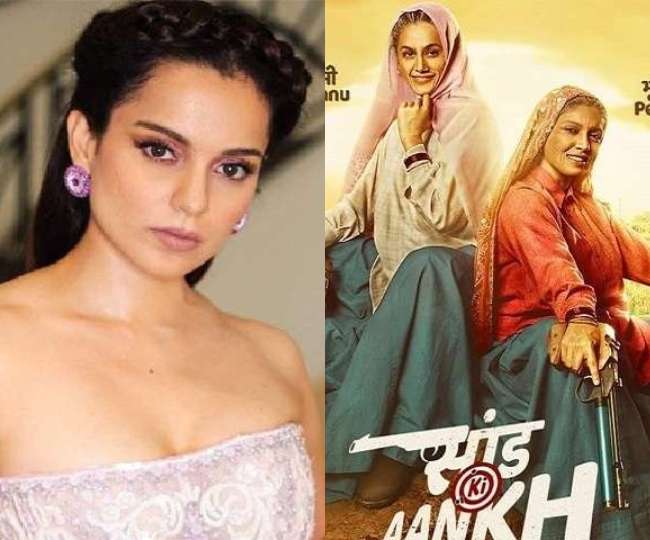 Taapsee Pannu and Bhumi Pednekar are all excited about their upcoming film Saand Ki Aankh. And it is this film that created controversy when Kangana Ranaut’s sister Rangoli revealed that the film was offered to Kangana but she declined it ans suggested to cast older actresses.

It might seem that the two stars of the film might not be on good terms with Kangana but a recent interview proves that the actresses know how to be polite and respect the members of their fraternity despite having disagreements.

During a recent interview with SpotboyE, the duo was asked about what would they do if they woke up as Kangana Ranaut. While the audience might be expecting some sarcastic reply, the actresses gave an adorable answer.

Bhumi Pednekar said, “I will be be very grateful for the interesting work that I am doing.”

On the other hand, Taapsee Pannu responded with, “We have the same hair routine. I will grow my hair the same way. We both love our curls.”

Directed by Tushar Hiranandani, Saand Ki Aankh is one of the most awaited films of this year. The film that has been receiving overwhelming response at special screenings has recently been declared tax-free in Uttar Pradesh. It was already tax-free in Rajasthan.

The film is a biographical drama based on the lives of India’s oldest sharpshooters Chandro and Prakashi Tomar played by Taapsee Pannu and Bhumi Pednekar respectively.

The film will be hitting the big screens on 25 October where it will face a clash with Akshay Kumar’s Housefull 4 and Rajkummar Rao’s Made In China.

Kiara Advani looks like a sight to behold in a lovely pink outfit, check out
Salman Khan reveals why ‘Dabangg 3’ will be released in four languages across India
Comment