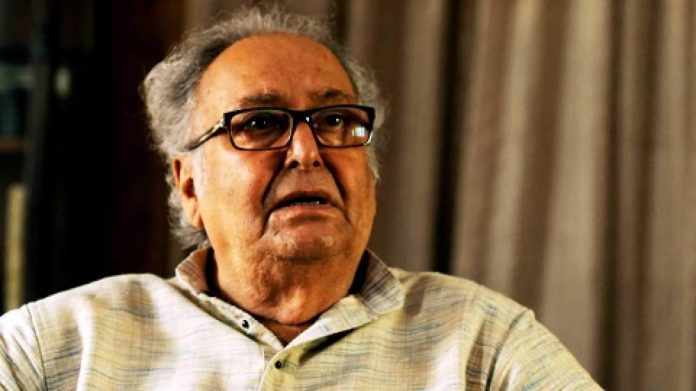 Bengali actor, Soumitra Chatterjee is not in a good condition. He is in a battle with his life. In the battle, currently, he is struggling and is on a ventilator. On October 6th the thespian tested positive for COVID-19. It has made his life tougher.

At the moment he is in a hospital in Kolkata, where a new problem arose for him on Monday. What was the problem? Well, he had an onset of a fever, which led to 15 doctors monitoring him at the same time. It was only on Friday when he was shifted to the ICU after his condition got worse.

To make matters worse for him, the actor is also suffering from chronic obstructive pulmonary disease (COPD). On Monday, a doctor talked to the news publications and reported –

“His neurological condition is as before, just like it was 48 hours ago. He is barely arousable, drowsy, very jittery, and confused.” He further added,

“We are still very hopeful because most of his organs are functioning normally and the corona part is also not very severe.”

While his daughter, Poulami Bose on October 6, had said, “He is stable. He had a fever in the last few days. We wanted to admit him as a precautionary measure since he has multiple comorbidities.”

Though the Dada Saheb Phalke winner is in a bad condition currently, we wish that he recuperates fast from the condition and gets back to optimal health soon.