After releasing the motion poster around two weeks ago, the makers of the upcoming movie Yeh Saali Aashiqui have unveiled a new poster of the film today. The trailer of the film will be released tomorrow.

The poster features the main lead of the film Amrish Puri’s grandson Vardhan Puri  and Shivaleeka Oberoi. The poster shows Vardhan sitting on a chair and looking like a real aashiq while Shivaleeka is shown sitting in front of him holding a pistol. The film marks the debut of both the actors.

Vardhan took to his social media account to share the poster. He captioned the post as “Aashiq hoon main… ❤ Qaatil bhi hoon…🔪 Lovers, get ready to step into the world of #YehSaaliAashiqui, trailer out tomorrow!

The film is reported said to be on the lines of David Fincher’s Gone Girl (2014) and Vardhan plays a hotel management student in the film. “Based in North India, it is a love story, which goes terribly wrong. When dad heard the narration he couldn’t help crying,” Vardhan said in an interview.

According to reports, Vardhan has been active in theatre since he was five and has even trained under renowned thespian Satyadev Dubey. He has also assisted directors like Habib Faisal and Manish Sharma on Ishaqzaade, Daawat-e-Ishq and Shuddh Desi Romance.

The film was originally titled Paagal but the name had to be changed later. “The film was earlier titled ‘Paagal’ but the censor board had some issue with it. They felt it might hurt some people and hence they asked us to change it. We then zeroed in on Yeh Saali Aashiqui‘ and it is apt and is in sync with the story line,” producer Jayantilal Gada told PTI.

Talking about the film he said, “It is about a guy madly in love with a girl and the girl betrays him and how he goes mad. It is an entertaining thriller.”

The film is slated to release on 22 November. 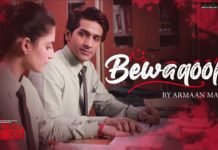 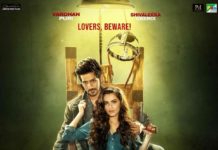 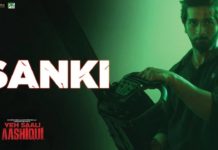