COP26: ‘One Earth One Future’ but one chance? 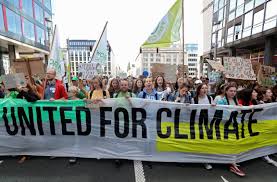 2020 has passed but it’s impacts on our lives and livelihoods have still not faded. Atonement had been the probable theme for the entire year.

We had only heard of Climate change, least considered to be an urgency under the common will, human took it to be a clamouring far-fetched idea, a threat well-crafted to threaten their economic prosperity.

So less we knew.

It became an imperative to destroy our ever consolidated schedules and callous attitudes towards our ailing planet.

Though our scientific community had long agreed to the building of an upcoming danger. It seems interesting how they have managed to convince the World political leaders to kick-start Climate related forums, providing consensus and toppling the existing systems.

As we moved ahead, our sense of responsibility towards Nature grew. We began to subside or even negotiate with economic progress against the Ecological benefits.

UN has termed 2021 as the year to ‘make or break’ in this fight to limit the climate change or at least bring it to its own pace, as the time seems to be running out of hands.

Climate change, accelerated by Global warming has been swiftly introducing reforms with the Ecological systems.

Even coping up from these wouldn’t be easy, reversal being the fairly impossible task on current standards.

A pending Conference of Parties(COP) 26 is rescheduled to be held in Nov 2021 after the Pandemic derailed the plans of World leaders to meet and address the threat of climate change worldwide.

What is COP and how it started?

The Conference consists of representatives from all member nations of UNFCCC.

The first COP meeting was held in Berlin, Germany in March, 1995.

The COP Presidency rotates among the five recognized UN regions – Africa, Asia, Latin America and the Caribbean, Central and Eastern Europe and Western Europe and Others.

It aims to stabilize greenhouse gas concentrations “at a level that would prevent dangerous anthropogenic (human induced) interference with the climate system”.

Last COP stressed that every degree rise of temperature matters a lot and there shall be no dearth of attempts to evade such a case but
UN Secretary-General António Guterres described COP25 as a lost opportunity.

COP 26 will be held in Glasgow, Scotland and the summit will be chaired by UK cabinet minister Alok Sharma.

The 4 expected objectives set for COP26

1. Consensus to step up the commitments to emissions reduction. 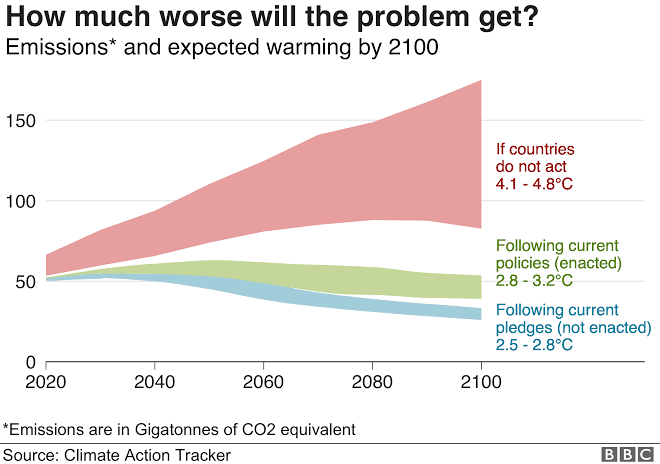 3. Getting finance flowing for climate action including the dedicated contribution be developed Industrial nations to developing ones.

Climate Scientists have surity that nature can provide us with almost 40% of our climate solution, through forest conservation, restoration and sustainable land management, and through climate smart agriculture.

According to Global Commission on Adaptation, ecosystem-based adaptation alone can yield as much as 1 trillion US dollars by 2030.

Yet at the receiving end, nature gets only 2% of all climate finance.

How can we ‘make or break’?

As evident from World Economic Forum’s Global Risks Report 2021, “extreme weather events induced by climate change and anthropogenic environmental damage” has covered significant space in top 10 clear and present dangers to the world.
This is about the perception of World leaders so far.

According to the People’s Climate Vote, organized by the UN Development Programme and the University of Oxford, the surveyed common citizenry rates conservation of forests as the most popular policy for tackling climate change. 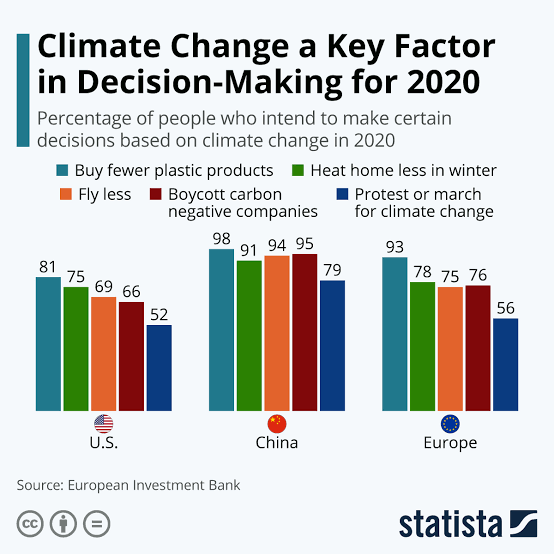 The World has set it’s pace, increased its propensity to change and is ready to fix the targets further with a new zeal.

Will the COP26 deliver our raised expectations?