Our Mountains: blessed with Rivers or Risks Dams can’t answer yet 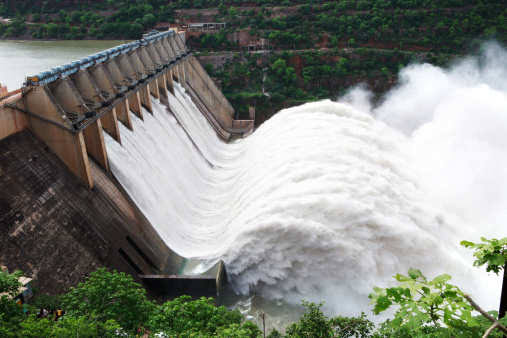 Time and again, Uttarakhand has proven that a geologically dynamic region can never be taken for granted.

There have been variable instances where Nature’s fury has dislodged even great plannings by Men.

A significant slice of the glacier, dislodged by a landslide, according to some satellite images, produced roaring torrents in the Rishiganga and Dhauliganga rivers in Chamoli district, picking up rocks, boulders on its way. It gained huge momentum and destroyed all on its way.

The rescuers face a challenging environment as they try to locate more survivors and bring relief supplies to paralysed communities. These immediate measures are important, along with speedy compensation to affected families, which seems to be on its way.

It has paraglacial zones – glaciers in the geological pass have receded from this area leaving behind a lot of debris, boulders, rocks, etc.

Upon heavy rainfall or snowfall plus if there is melting of water, snow and ice – the combination of the three is deadly – then it is able to gather a lot of the solids lying in the path and move them downstream, causing havoc.

Several Committees like Chopra Committee have pointed out that projects should not be built in these valleys.
Disasters tend to happen when we do something stupid.

Red flags have been repeatedly raised, particularly after the moderate quake in 1991 in the region where the Tehri dam was built and the 2013 floods that devastated Kedarnath, pointing to the threat from seismicity, dam-induced microseismicity, landslides and floods from a variety of causes, including unstable glacial lakes and climate change etc.

If the National plan to construct dams in 28 river valleys in the hills is realised in a few decades, the Indian Himalayas will have one dam for every 32 km, among the world’s highest densities.

This may prove to be a miscalculation for reasons, including potential earthquake impacts, monsoonal aberrations that could repeat a Kedarnath-like flood, severe biodiversity loss and, importantly, extreme danger to communities downstream.

What role has Climate Change played? 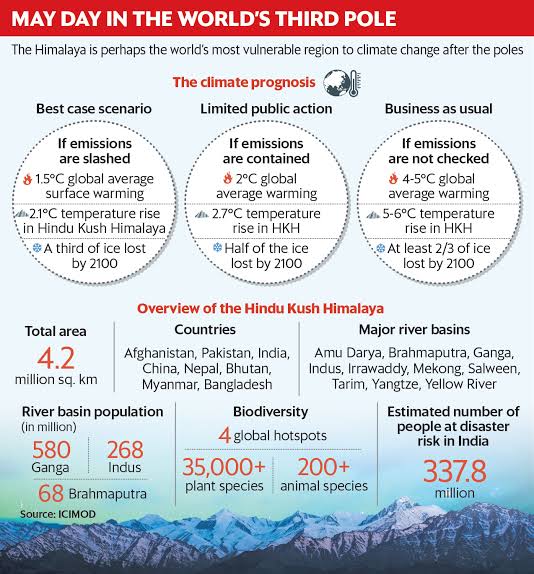 The Albedo(reflecting power) of Ice in these glaciers has been constantly decreasing that is its thermal profile is increasing.

We desperately need to look at sustainable development options.

Impact of policy on the Himalayas can be extensively studied and confine hydro projects to those with the least impact, while relying more on low impact run-of-the-river power projects that need no destructive large dams and reservoirs.

Here a renewable energy forms of Small Hydro can also serve the purpose.

Dams mismanagement and related contentions surfaced even during Kerala floods. Then came Madhav Gadgil Committee and yes, it faced refining too to suit the Human ego.

Climate change and Global warming is on its play for long and it affects India and other tropical countries more than anyone else.

Environmental Accounting and Green Economy are not mere terms to be coined, they need to be invested in by Government, for greater Human good and saving lives, the thing that matters.