The students of Banaras Hindu University have been protesting for over two weeks now over the appointment of Professor Firoze Khan. But has the main issue been diverted?

Well, the answer is yes.

A BHU student has said, “We are not against the Muslims. But, the trend to appoint a non-Hindu and a non-believer to teach Hindu faith and rituals is absurd.”

They would not have opposed Dr Khan’s appointment as professor of Sanskrit language in any other streams at the BHU. The main cause of protest is appointment of a non-Hindu in a stream, which is all about Hindu rituals and religion directly related to practical priesthood and Sanatan faith.

The name of the course for which Dr. Khan has been appointed is, Sanskrit Vidya Dharma Vigyaan. There are two parts to it – Sanskrit Vidya (Language) and Dharma Vigyaan (Theology) and hence the point that the BHU students are trying to make is, a non-Hindu cannot teach Hindu theology.

Bharatiya Janata Party’s Rajya Sabha MP Subramanian Swamy also took to twitter, sharing the concerns of the BHU students. He said, “The BHU VC should call the student protestors against Dr. Khan’s appointment for a discussion. The protestors have a point. Media has confused the real issue.”

The BHU VC should call the student protestors against Dr. Khan’s appointment for a discussion. The protestors have a point. Media has confused the real issue. 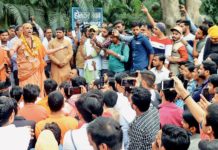 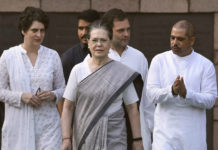