The Border Security Force (BSF) has on Saturday, showed their serious concern over the Muslim population rising radicalization at the border of Rajasthan state in district of Jaisalmer.

The study has found rising of “Arab customs” at the border, nevertheless, Hindus and Muslims of that place too admitted about the diminishing of communication between the both communities. Lack of dialogue between the communities has been noticed.

Demographic changes has been found in relevance to tradition of Rajasthan cultural, such as dress and hairstyle. BSF has studies that there has been an increasing rate growth of 22-25 percent of Muslim population as compared to 8-10 percent of other communities. High attendance of children visiting mosque has been found with rising religiosity.

Though, BSF has warned them, but the study says that no evidence of “any-national” activity has been noticed yet and no soft corner for Pakistan has been found among the Muslim population. BSF states, in fact, both the communities doesn’t have any problem regarding business and also they coordinate with each other. Increasing number of Hindu right-wing are being opposed by Muslims, though.

BSF report states: “The activities of Hindu right-wing organisations have made Hindus in the village of Mohangarh, Nachna and Pokharan more concerned about their religion. The membership in such organisations is increasing and they are extending their horizons at different spheres of religious activities ranging from training, monetary and communal support to education. However, no direct confrontation with other community has been noticed.”

The “study of demographic pattern in the border areas of Rajasthan and its security implications” noticed the frequent visits of Muslims clerics in the areas like Mohangarh and Pokhran of Jaisalmer. It aims to “preach fanaticism and unite Muslims as a separate identity with feeling of paramountcy of religion”.

BSF states, “Hindu community believes that unbalanced rate of Muslim population increase is disturbing the communal harmony of their village.”

BSF also studied a Jaisalmer personage who has interest in business and often visits Pakistan and hence became an influential political leader in Jaisalmer. It states, “The involvement of Muslim population in anti-establishment activities and surfacing of anti-India sentiments on his call can’t be ruled out …”

To assess any kind of rise in communal temperature, BSF has recommended daily check on cleric’s activities at the border and regions of Jaisalmer with forces comprising BSF, intelligence, police and administration.

BSF chief Rajnikant Mishra said the forces “regularly prepares these reports based on demographic, social, economic changes in border areas and shares it with sister agencies”. 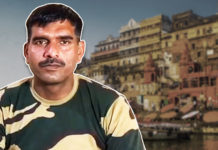 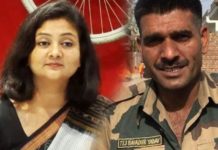