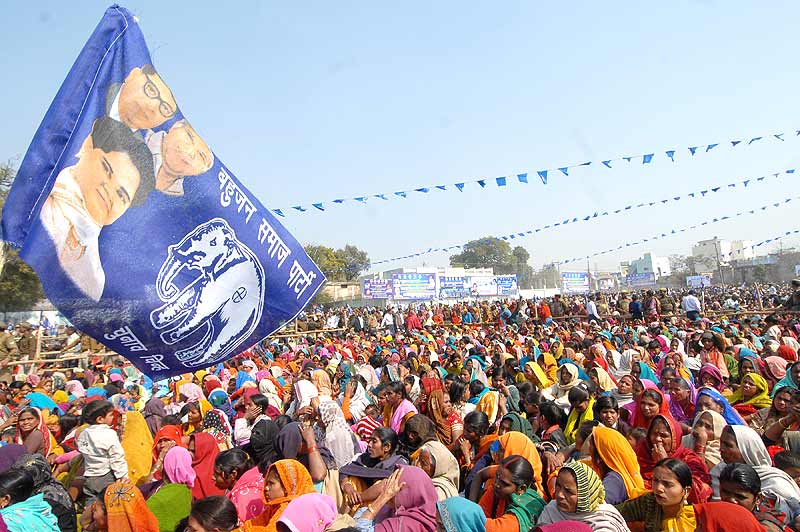 Bahujan Samaj Party who has stitched an alliance with Akhilesh Yadav‘s Samajwadi Party in Uttar Pradesh has on Monday announced the second list of 6 Candidates for the upcoming Lok Sabha Polls 2019. Bahujan Samaj Party in its second list declared Manoj Aggarwal as its Candidate from Farrukhabad Lok Sabha Seat. Aggarwal in the parliamentary seat will take on Congress Stalwart Salman Khurshid

Apart from him, the party has fielded 5 more candidates to take on BJP and Congress in the state. Here’s is a full list of Candidates released by the Bahujan Samaj Party.

READ: Check Out the full list of BJP Candidates for Lok Sabha Polls 2019

With the second list, the party has totally declared candidates on 17 Lok Sabha Seats out of 38 allotted to it in a poll pact with Samajwadi party. The party in its first list declared 11 candidates with Danish Ali as its Candidate from Amroha Lok Sabha Seat. Ali has joined BSP recently after quitting JD(S).

Bahujan Samaj Party who has been in an alliance with SP has got 38 seats while SP gets a seat less and will field on 37 seats. RLD gets 3 Lok Sabha seat in the alliance, Ajit Singh led part has already declared candidates of Mathura, Muzaffarnagar, and Baghpat.

BSP-SP combine will take on Congress and BJP in the State in the upcoming mega battle of ballots. Both Congress and BJP have also announced candidates in some seats of the state. BJP in the state have stitched an alliance with Apna Dal (Sonelal) and has offered two seats.

Congress has also taken small allies along with it in its UP Hunt.

While BSP partner in the state Samajwadi Party has so far declared candidates on over 20 seats.