The Indian Wire » News » Cyberabad commissioner VC Sajjanar on NHRC: ‘Will answer everyone’ 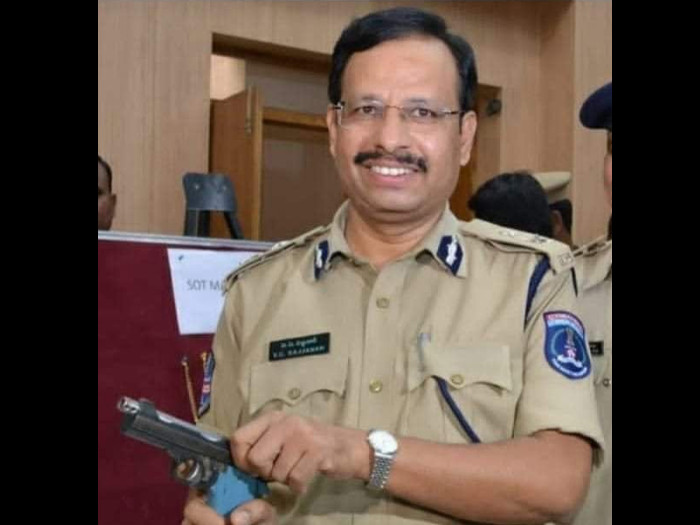 When asked about the suo-motu cognizance taken by National Human Rights Commission, Cyberabad commissioner of police, VC Sajjanar on Friday said that they are ready to answer anyone.

Addressing a press conference on the encounter in which all four accused of the rape and murder of a 26-year-old vet in Hyderabad, were killed by the police, Sajjanar said, “We will answer to whoever takes cognizance, the state government, NHRC, to all concerned.”

The National Human Rights Commission took suo motu cognizance of media reports about the death of four accused in Telangana rape and murder case in a police encounter. The commission ordered for spot inquiry by its investigation team.
The Commission already expressed its view that there is lack of ‘Standard Operating Procedure’ to immediately respond to the panic situations by the police authorities.
The Commission said, “We are aware of growing incidents of sexual assault and violence against the women that created an atmosphere of fear and anger amongst the public at large but loss of human lives even of a person arrested by the police under law, in such circumstances, would definitely give a wrong message to the society.”
Hyderabad Police on Friday stated that all the four accused in 26-year-old veterinary surgeon’s rape and murder case have been shot dead. They were taken to the murder site to recreate the events on that night as a part of investigation and tried to flee. According to the police, the encounter took place around 3AM today.