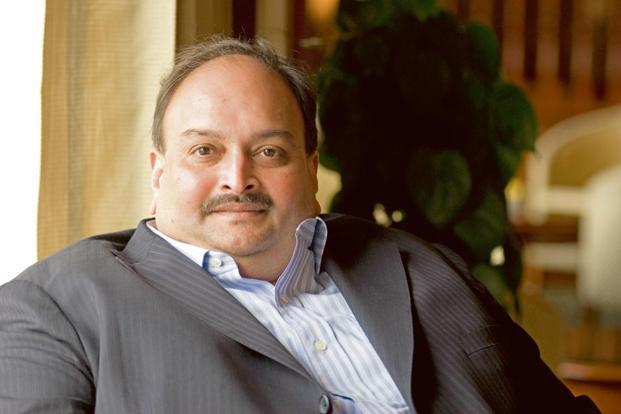 The Indian government has officially requested the Antigua and Barbuda government to detain Mehul Choksi, who is absconding the nation after the PNB scam. In November 2017 he was granted Antiguan citizenship and a local newspaper had claimed that he was given the same after ‘a robust internal investigation.’

The Indian government has requested that he shouldn’t be allowed to travel by air, land or sea. Last week, Choksi reportedly claimed that he had taken Antigua citizenship last year to ‘expand his business as the passport of the Caribbean nation’ provides visa-free travel to 132 countries.

“As soon as the Ministry of External Affairs received information of the likely presence of Mehul Choksi in Antigua, the High Commission in Georgetown alerted the Antigua and Barbuda government, in writing and verbally, to confirm his presence in their territory and detain him and prevent his movement by land, air or sea,” a government source stated.

Choksi and his nephew Nirav Modi are being investigated by the CBI and Enforcement Directorate after it was detected that they had allegedly cheated the PNB of more than Rs 13,400 crore with the purported involvement of a few of the lender’s employees.

India will hold talks with Antigua and Barbuda about Choksi’s future on 5th August as the other government agencies continue coordinated actions regarding the case. The Antiguan government has indicated that it will try to “honour” India’s request to send back Choksi even though there is no bilateral extradition treaty between both countries.

“We continue to liaise with relevant Government of India agencies and the Government of Antigua & Barbuda to follow up on this matter,” stated several sources.

The PNB fraud reportedly began in 2011. The issue was substantially uncovered and detected on 14 February of this year, after which bank executives reported the matter to the investigation agencies. Choksi and Nirav Modi had fled India in January this year, nearly a fortnight before the scam was detected.