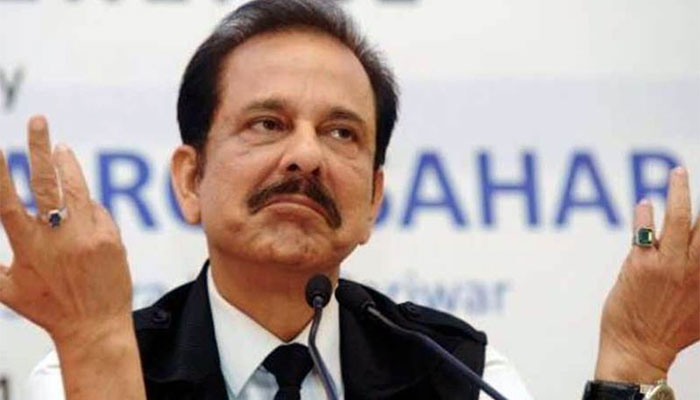 The Supreme Court on Thursday directed Sahara Chief Subrata Roy to present before it on the next date of hearing i.e. 28th February for failing to deposit a total ₹25,700 crore. However,  The Top Court granted another opportunity to Sahara Group to deposit the rest of the money of ₹9,000 crore approximately with the SEBI Sahara account. The Apex Court added ‘Else the law will take its own course‘.

Supreme Court today granted another opportunity to Sahara Group to deposit rest of the money of Rs 9,000 crore approximately with the SEBI Sahara account, else the law will take its own course. SC also sought personal presence of Subrata Roy on the next date of hearing- Feb 28 pic.twitter.com/vd9ZaLilAG

The apex court said six months were given to Sahara by its last order to arrange the amount.

The Top Court Bench headed by Chief Justice Ranjan Gogoi has also noted that the group has only deposited almost ₹15,000 crores. The Bench declined to give any further chance to Subrata  Roy and other directors to comply with its previous orders.

Securities and Exchange Board of India (SEBI) informed that Supreme Court on Thursday that Sahara Group has only ₹15,000 crores and it was ordered to put in after SC cancelled two Sahara group companies allegedly a fraudulent collection of deposits from the public.

SC says if Contemnor Roy cannot pay up the entire amount as was directed in August 2012, then the law will chart its own course.

Sahara Chief, Subrata Roy, who has spent over two years in the jail, is currently on parole since May 6, 2017. The parole was granted the first time to enable him to attend the funeral of his mother. It has been extended since then.

While Sahara has been asked to refund the money to a special SEBI account under a Supreme Court-monitored repayment process, the group, however, has been saying it has already refunded more than 98 per cent of the amount directly to investors and the proof for the same have been given to SEBI.

The Group further the SEBI has been able to disburse only small portion to investors. Group said investors are not reaching to SEBI as they have already got their refunds.