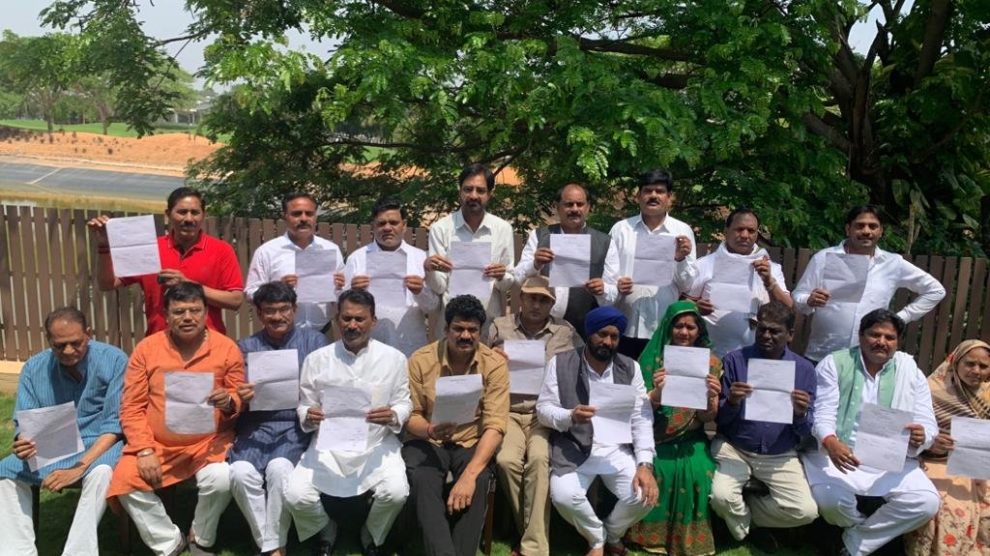 As many as 19 Madhya Pradesh Congress rebel legislators (MLAs) and members of Parliament (MPs) sought police protection during their stay in the city, a party source said on Tuesday, March 10.

“We are the MLAs/MPs of Madhya Pradesh state. We have come to Karnataka state voluntarily on some important work, regarding which we require protection and escort from local police for our safe movement and safe stay in and around Bangalore,” said the lawmakers in a signed letter to the Karnataka Director General and Inspector General of Police.

The signatures are in Hindi and English.

The rebels came to Bengaluru on Monday in two batches by chartered aircraft and are reportedly staying in a resort on the city’s outskirts.