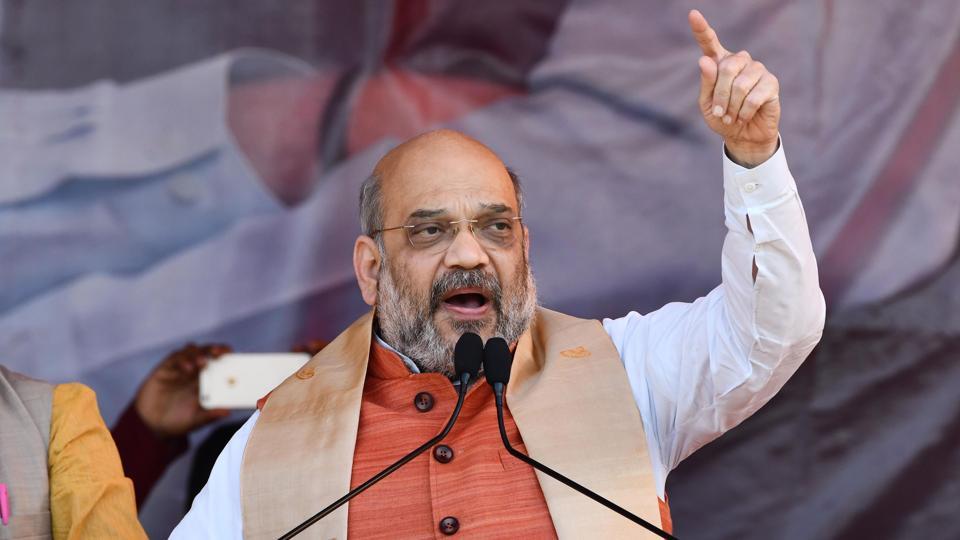 He is also denied permission to land the chopper.

Bharatiya Janata Party Chief Amit Shah was slated to seek votes for party Candidate Anupam Hazra who has joined BJP in a run-up to the national polls after quitting Trinamool Congress.

Hazra once very close to TMC Supremo Mamata Banerjee had in 2014 national polls won from Bolpur Parliamentary Seat. He was expelled by the party for his inclination to leave the party.

In a run-up to the national polls, BJP Nominee Anupam Hazra is pitched against Actor-turned Politician Mimi Chakraborty of TMC. While CPI(M) has named Bikash Ranjan Bhattacharya.

However, this is not the first time that a BJP Leader has been denied permission to land a chopper in Mamata Banerjee’s bastion.

Earlier Similar situation outbursted during BJP’s National President Amit Shah‘s visit to the state on January 22. A controversy over the Visit erupted after West Bengal Government refused to give permission to the state BJP to land party president Amit Shah’s chopper at the Malda airstrip.

While in February, Uttar Pradesh Chief Minister Yogi Adityanath was also denied to land his chopper in Mamata Banerjee’s bastion.

It should be noted that the Bharatiya Janata Party (BJP) High-Level Delegation had met the Election Commission in a run-up to the national elections regarding blocking of rallies. It also requested the Poll Body to declare West Bengal a sensitive state.