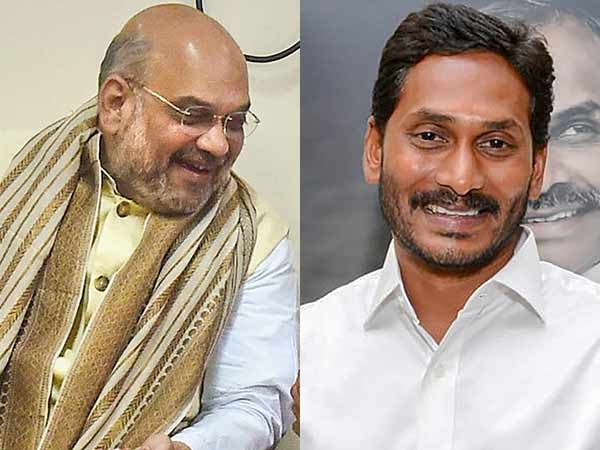 As per the sources, Reddy will call on Union Home Minister Amit Shah on Friday evening. Andhra Pradesh Chief Minister is expected to discuss the issue of Special Status to the state.

YS Jagan Mohan Reddy will reach the national capital on Friday and will also chair the parliamentary meet next morning on Saturday. In the meeting, YS Jagan Mohan Reddy is likely to discuss the strategy for the Parliament Session and is expected to ask MPs to press on the issues like special status for Andhra Pradesh and other promises given at the time of state bifurcation.

Jagan Mohan Reddy on Thursday paid a courtesy visit to Governor ESL Narasimhan ahead of the joint session of Andhra State Assembly and council on Friday. The first session of the state assembly began on June 12, wherein the newly elected MLAs were administrated oath by the pro-tem speaker.

Jagan Mohan Reddy has inducted 25 minsters in his cabinet with 5 Deputy Chief Ministers –  one each from Scheduled Caste, Scheduled Tribe, Backward Castes, Minority, and Kapu community – in the state.

YSRCP Chief Jagan Mohan Reddy on May 30 took oath as Chief Minister of the Andhra Pradesh.

Jagan Mohan Reddy’s YSRCP in recently held polls registered a landslide victory in both assembly and national polls in the state. YRSCP won 151 assembly seats out of the 175 assembly seat in the state and unseat Chandrababu Naidu-led TDP Government. While 23 seats bagged by TDP and one seat bagged by Pawan Kalyan‘s Jana Sena Party.