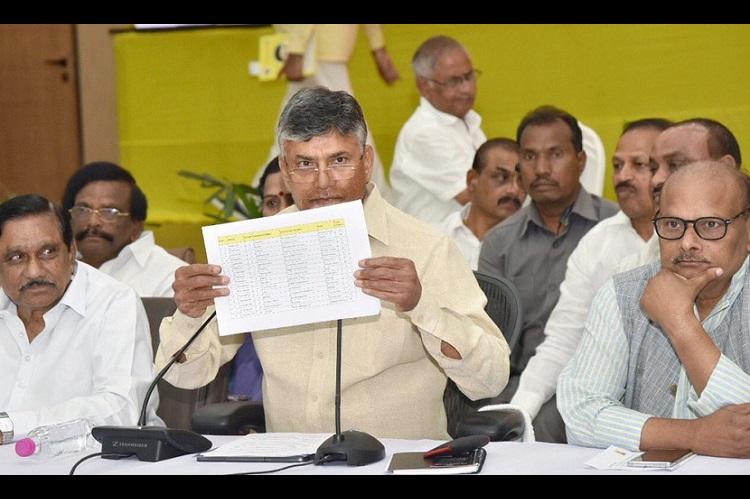 The Andhra Pradesh ruling party Telugu Desam Party on Thursday released a list of 126 Candidates out of a total of 175 Candidates for AP State Polls that will be held simultaneously with the General Elections. Andhra Pradesh has a total of 25 Lok Sabha Seats while has 175 Seats in its state Assembly.

TDP Chief Chandrababu Naidu once an ally of the National Democratic Alliance led by BJP is seeking another term in the Office. He said the party’s mission is to get at least 150 seats in the state polls.

According to the list released by the party, Naidu’s son Nara Lokesh will be in the fray for the first time. He is currently an MLC in state Legislative Council and a Minister in his father’s cabinet. He will try his luck from Mangalagiri constituency in state capital region Amaravati. While Naidu will be seeking another term from Kuppam constituency in his native Chittoor district.

Election Commission had on March 10 declared schedule for General Elections 2019. Polling of all 543 Seats will take place in 7 phases starting from April 11. Results for the crucial Lok Sabha Polls will be announced on May 23 four days after the 7th phase of voting.

Andhra Pradesh will vote in a single phase on all 25 Lok Sabha Seats on April 11 for both State and Lok Sabha. Filing of nominations for both Assembly and Parliament will take place between March 18 and March 25. 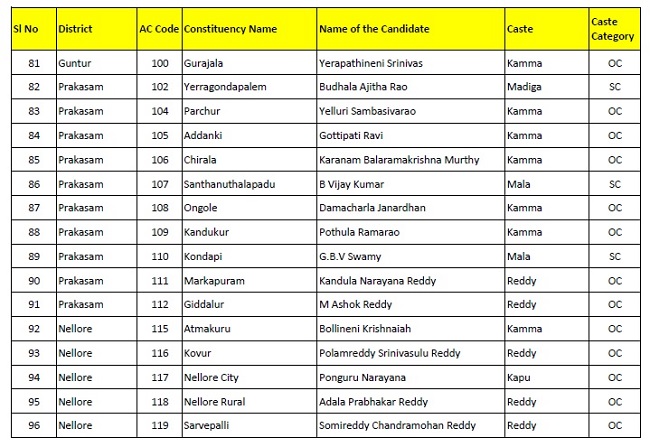 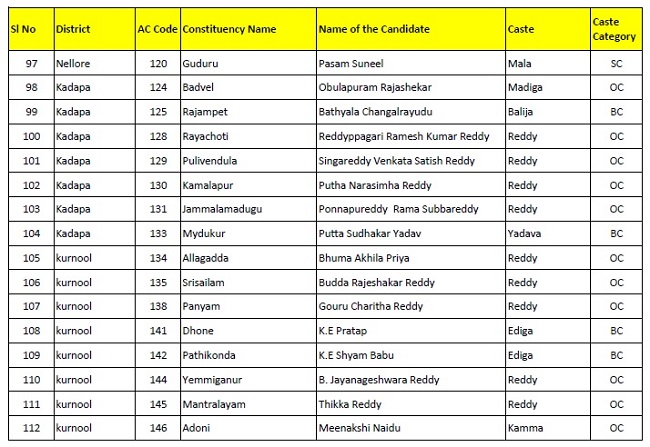 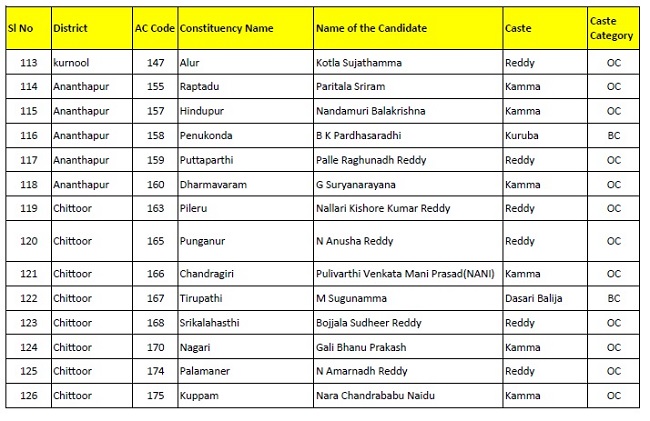 Naidu who is facing problems with his loyalists shifting to YSRCP is expected to release a list of remaining Candidates and Lok Sabha Candidates in next couple of days.