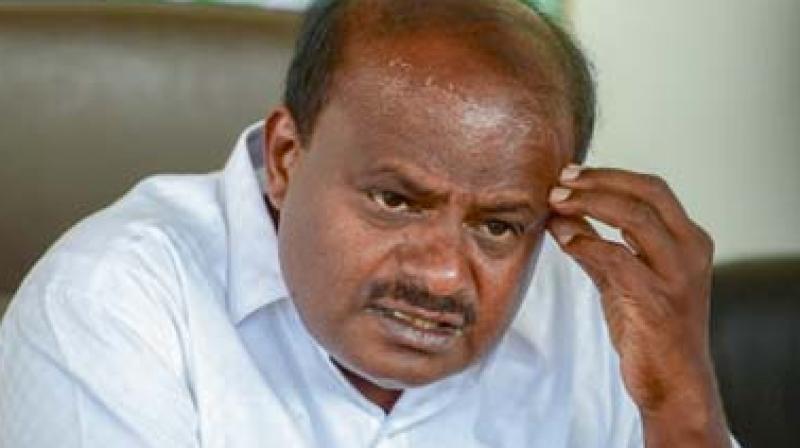 Karnataka Chief Minister HD Kumaraswamy on Monday, in his most direct threat, warned the Coalition partner Congress to desert coalition if things are not controlled. Karnataka Chief Minister as quoted by ANI said he is ready to step down as the CM. ‘Congress leaders have to watch all that issues, I’m not the concerned person for it. If they want to continue with it, I’m ready to step down’. ‘They’re crossing the line…Congress leaders must control their MLAs’ HD Kumaraswamy added.

#WATCH: Karnataka CM HD Kumaraswamy says "…If they want to continue with the same thing, I am ready to step down. They are crossing the line", when asked 'Congress MLAs are saying that Siddaramaiah is their CM'.' pic.twitter.com/qwErh4aEq4

JD(S) Leader and Chief Minister HD Kumaraswamy’s ‘threat’ comes following the remarks of Congress MLAs. Lawmaker Somashekhar while launching a scathing attack said: “It is seven months since the coalition government came to power, but development work has not yet taken off. Had Siddaramaiah got another five-year term, we would have seen real development.”

Another Congress Leader and Siddaramaiah‘s supporters hailed him with Congress minister C Puttaranga Shetty going to the extent of saying that he still considers his leader the Chief Minister.

Deputy Chief Minister G Parameshwara said there was nothing if an MLA was putting his views. He said’  Siddaramaiah has been the best Chief Minister. He is our Congress Legislature Party (CLP) leader. For the MLA, he (Siddaramaiah) is the Chief Minister. He has expressed his opinion. What is wrong in that? We are all happy with him ( Kumaraswamy).

While promoting the Lawmaker view, SG Siddaramaiah said he would have completed the development work if were given another term as the Chief Minister of the state.

However later he blamed the Media and said, ‘You (media) are the people who create trouble. You ask one person, then second person and then third person. There is no trouble, I will speak to HD Kumaraswamy’

Former Karnataka CM & Congress leader Siddaramaiah on 'Congress MLAs say Siddaramaiah is their leader': You (media) are the people who create trouble. You ask one person, then second person and then third person. There is no trouble, I will speak to HD Kumaraswamy pic.twitter.com/Be7letrUrQ