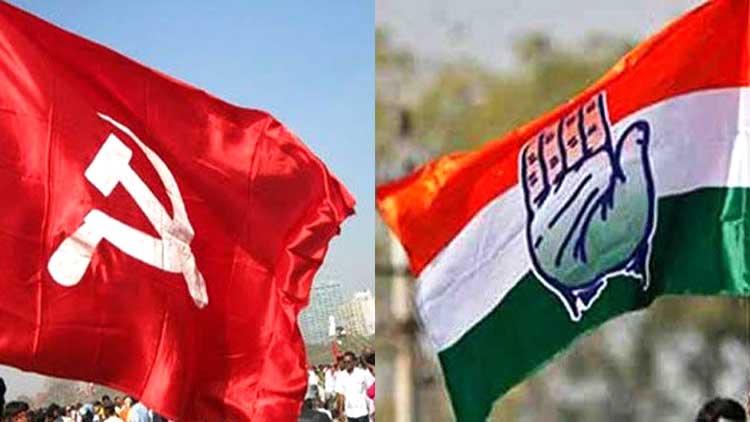 The CPI(M) on Thursday asserted that the party is open for an alliance with Congress in West Bengal for upcoming Lok Sabha Polls 2019. The Development came days after Congress after expressing unhappiness hinted to go for ‘Solo’ fight in West Bengal to take on BJP and TMC in Mamata Banerjee’s Bastion.

CPI(M) during its state Committee Meeting that continued till late in the night, decided to explore possibilities to take on board anti-BJP and anti-TMC votes. It has been decided that to defeat Bhartiya Janta Party and Trinamool Congress (TMC), steps would be taken to pool anti-BJP and anti-TMC Votes together.

“It has been decided that the Congress would be asked not to act in haste, rather they should give time to discussions. It is not possible to take a call by Sunday as, from March 3, our two-day central committee meeting is slated to begin. All issues can be solved through discussions,” a CPI(M) state committee member said.

The Development came days after Congress while issuing an Ultimatum to CPI(M) to take a call earlier hinted that the party would not shy to contest the Lok Sabha Polls in West Bengal ‘Alone’.

Amidst Speculation of ending Deadlock between Congress and CPI(M), A State Congress Leader on the condition on anonymity told Press Trust Of India (PTI),  ‘it had been decided that the chairman of the state co-ordination committee, Pradip Bhattacharya, and Leader of Opposition in the Assembly Abdul Mannan would speak to the CPI(M) on the issue of seat-sharing arrangements and the matter should to sorted out by March 3’.

CPI(M) has already taken Revolutionary Socialist Party (RSP) and Communist Party of India(CPI) on board in an alliance that would pose a threat to TMC and BJP in the Upcoming General Elections.

Earlier on Tuesday, Congress after Inconclusive talks with CPI(M) asserted that party is planning to go ‘all alone’ on all 42 Lok Sabha Seats in West Bengal. “We are now preparing to contest the Lok Sabha polls alone in the state. The CPI(M) and Left Front seem to be adamant on some of the seats. The talks don’t appear to be moving forward. So it’s better to contest alone,” a senior Congress Leader familiar with the development said earlier.

Apart from Purulia, Coochbehar and Barasat parliamentary seats in which the Congress also wants field its candidates, ‘Raniganj and Murshidabad seats continue to be the bone of contention. On our part, we (Congress) want to contest at least 18 seats. But the CPI(M) is ready to give us only 12 seats out of 42 Lok Sabha Seat in the State. So it’s better to go it alone’ said another Senior Congress State Leader.

Raniganj and Murshidabad are the only two-seat out of 42 which is currently represented by the left in West Bengal which once was its bastion. The Left Front, CPI(M) who has to distribute seats among its constituents, is keen on fielding candidates in at least 31-32 seats.

Murshidabad was bagged by Badarroza Khan of the CPI(M), who defeated Congress’ Abdul Mannan Hossain by about 18,000 votes.

The Indian National Congress currently has four Lok Sabha Seats in Mamata Banerjee’s bastion West Bengal. Mausam Benazir Noor, the MP from Malda North, defected to the ruling Trinamool Congress in January. Chief Minister and TMC chief Mamata Banerjee announced that Noor will be the TMC candidate from the same constituency in the upcoming General Election and campaign for the party in all districts of North Bengal.