The Indian Wire » Politics » After forsaking Congress in Chattisgarh, BSP hints at forming alliance with SP and left in Rajasthan 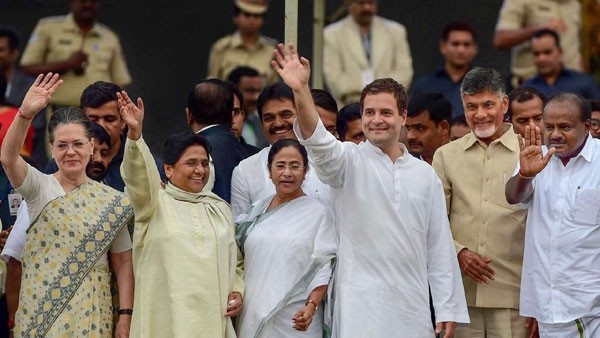 After announcing an alliance with Ajit Jogi led CJC in Chattisgarh on Thursday and independently declaring the list of 22 candidates in Madhya Pradesh, BSP chief has struck a third blow to Congress by speculations doing the rounds that it may contest the Rajasthan elections in alliance with the Samajwadi Party and the Communist party of India. Confirming the talks of alliance with BSP, state party in charge of Rajasthan, Atul Kumar Anjan had said, “Left parties together with JDS and SP have formed a third front. We will be happy if BSP also joins it. We are in touch with BSP leadership”. However, the state party chief Sachin Pilot had maintained that the party will contest the election inn Rajasthan on its own as it was confident of its victory. The state has been seeing a pattern of government changing between BJP and Congress after every five years since 1998.

The 22 names that the BSP has declared in Madhya Pradesh are of Morena and Shivpuri, a strong base of Congress leader Jyotiraditya Scindia. This move comes amidst the talks of BSP with Congress over seat sharing and jointly contesting the election. Mr. Kamal Nath of Congress party had told NDTV last week that they were confident that they will form an alliance and the deal should be finalized in the next 10 days. However, BSP backstabbing Congress was not that the party was expecting. A  Congress leader was quoted by NDTV as saying, “We are not sure why BSP did this. We were not expecting the announcement. Talks with the BSP were still on. We will have to see what happens”.

As 15 percent of Madhya Pradesh is comprised of Dalit, Congress which is not too strong currently would have taken help of Mayawati to gain people’s goodwill. According to sources, BSP was demanding 50 seats out of 230 constituencies but Congress wasn’t ready to give them more than 30 seats. These forthcoming elections will decide the base of seat sharing if Congress and other parties decide to form a grand alliance. As of now, this news might be relaxing for the BJP.

World bank to provide ₹2500 crores under Country Partnership Framework
Why is Rajasthan turning out to be a prestige issue for both, Congress and BJP?
Comment