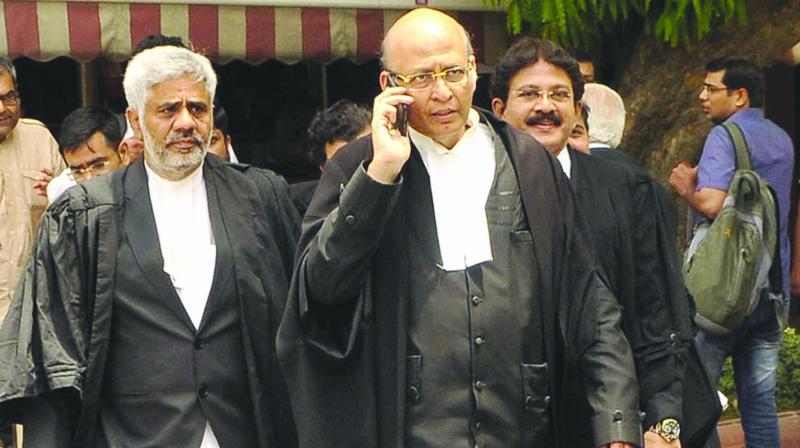 Agartala, May 15: The opposition Congress and CPI-M sought directions from the Supreme Court to hold fresh polling for the Tripura West Lok Sabha seat, although the constituency has already gone to the polls twice, party officials said on Wednesday.

Re-polling was held on May 12 in 168 of the total 1,679 polling stations in the constituency as electoral malpractices were detected during the first round of voting held on April 11.

The Communist Party of India-Marxist sitting Lok Sabha MP and party candidate Sankar Prasad Datta said that their lawyers on the advice of the Supreme Court vacation bench, on Wednesday filed a writ petition in the Tripura High Court.

“Accordingly the writ petition was filed in the Tripura High Court, which is yet to give a date of hearing for the case,” Datta told the media here.

Tripura Pradesh Congress Vice-President and senior lawyer Pijush Kanti Biswas told IANS here that the writ petition, which was filed in the apex Court on Tuesday, sought fresh polling in 433 of the 1,679 polling stations.

State Congress President Pradyot Bikram Manikya Debbarman said that despite the Returning Officer to the Tripura West seat in his report to the Election Commission (EC) had admitted that the election process was vitiated in 433 booths, re-polling was held in only 168 stations.

“A team of senior lawyers led by senior Congress leader and lawyer Abhishek Manu Singhvi are doing the legal process to seek a direction from the apex court against the EC’s unjustified decision,” Debbarman told IANS over the phone.

The CPI-M and the Congress have been agitating for re-polling after they alleged large-scale rigging, booth capturing, intimidation and attacks by the ruling Bharatiya Janata Party (BJP) activists on April 11.

The BJP, however, has dismissed the allegations.

General Elections 2019 is being across seven phases starting April 11 to May 19. The remaining 59 Lok Sabha seats will go to polls in the last phase on May 19.