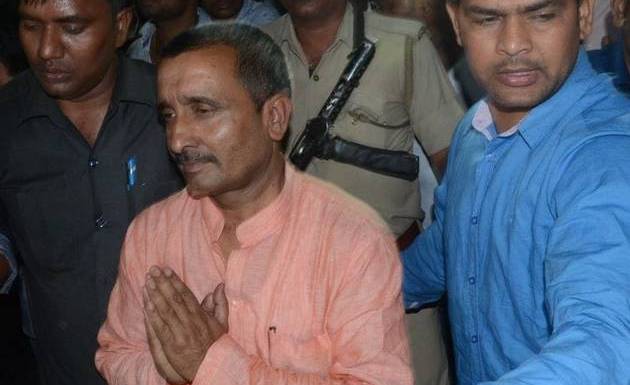 A Delhi court on Wednesday convicted expelled BJP legislator Kuldeep Singh Sengar and acquitted four persons in a case pertaining to custodial death of the father of a girl who he raped in Uttar Pradesh’s Unnao district three years ago.

The woman was allegedly kidnapped and raped by Sengar in 2017 when she was a minor.

The court had, on December 20 last year, sent him to jail for “remainder of his natural biological life” for raping the girl.

The rape complaint, however, was registered only after she attempted to immolate herself outside Chief Minister Yogi Adityanath’s official residence in Lucknow.

She took the extreme step after her father was thrashed by Sengar’s brother, Atul Sengar.

According to the charge sheet in July 2018, survivor’s father and his co-worker were returning to their village when they asked for lift from one Shashi Pratap Singh. He denied it which then lead to altercation.

Singh then called his associates, including Sengar’s brother — Atul and others who beat up the survivor’s father.

He was taken to jail instead of the hospital even though he was grievously injured and died two days later in police custody.

The matter came to light after a video clip showing Atul beating the father went viral on the social media.

Kuldeep Singh Sengar was recently disqualified from the membership of the UP assembly, following his conviction in the rape case.