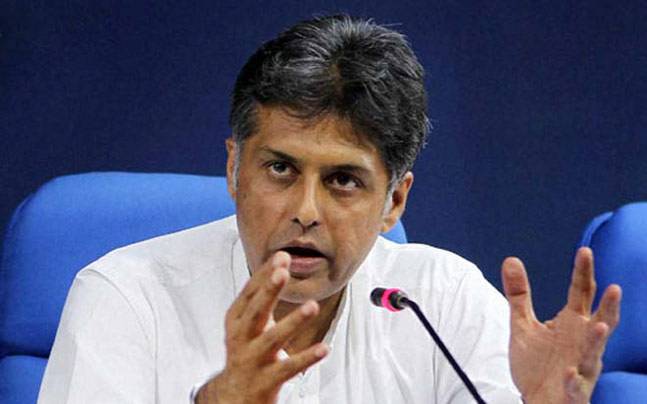 As the fear of opposition parties coming together against BJP increses, the government reveals its nervousness by conducting raids, says Manish Tiwari.

All India Congress Committee spokesperson Manish Tiwari alleged at a news conference that the NDA government was nervous about various opposition parties coming together for the presidential election on an anti-BJP platform and hence carrying out these raids on various opposition leaders. Not finding any other way to suppress the opposition parties the government is trying to divert the minds of the opposition leaders by conducting raids and searches over their premises and offices.

He further added that after a meeting of Mamata Banerjee with the Congress president, where she discussed the long list of names the government was trying to target because they were doing things that did not suit the government aptly describes the situation.

The Congress alleged ‘vendetta politics’ against the BJP government after the CBI raids on the former finance minister P Chidambaram and his son. It is also defending the RJD leader Lalu Prasad Yadav, who is also facing the heat of CBI raids and searches. According to Manish Tiwari the timing of these raids by the government also shows its uneasiness towards the opposition parties coming together. The government is even more scared as, the former Chief Minister Lalu Prasad Yadav had played an important role along with the Congress president to form the UPA against BJP in the past, and therefore are conducting these raids to divert them from any such motive.

Manish Tiwari stated that despite of the governments actions against the opposition leaders, they will continue to meet to finalise their strategy for the presidential poll.