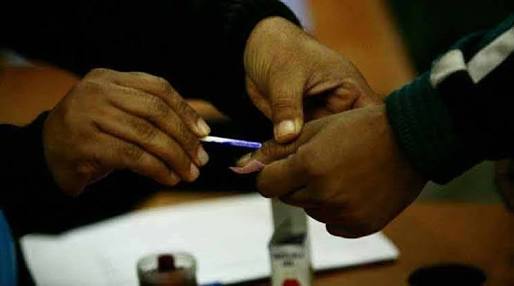 The result of Rajasthan Bypoll:

Today is a very big day for Congress party.Congress earns all the three seats for which bypolls were held in Rajasthan against Bhartiya Janta Party.

By-polls were called after the death of BJP lawmakers in the three seats.

“Well done Rajasthan Congress! Proud of each and every one of you. This is a rejection of the BJP by the people of Rajasthan,”

Both the ruling BJP and the Congress prepped for the by-polls as they would for a full election, with Chief Minister Vasundhara Raje and Congress leader Sachin Pilot campaigning hard.

In the high-voltage run-up to the by-polls, the Congress also accused the BJP of trying to polarise voters and doing nothing to stop attacks on Muslims in incidents mostly linked to cow vigilantes.

The by-elections were held four days after the release of controversial Bollywood film “Padmaavat” and the Rajputs, nearly two lakh voters in Ajmer, had declared that they will vote against the BJP. The Congress hopes an anti-incumbency sentiment and the anger of the Rajputs against the ruling party will help it win all three – the Alwar and Ajmer Lok Sabha seats and the Mandalgarh assembly seat. And their hopes were right. Since, they won all three seats.All three are BJP seats.

BJP accepted their defeat in Rajasthan By Poll.BJP state president Ashok Parnami holds a press conference over party’s defeat in Alwar, Ajmer, and Mandalgarh. “We will work harder and form a government in 2019,” he said.