The government’s senior law officer told the Supreme Court on Wednesday that the centre doesn’t want India to become the refugee capital of the world. Additional Solicitor General Tushar Mehta responded to the petitioners alleging that BSF in the eastern part of the country used stun guns and chilly spray to push back refugees at the border.

Proceedings in the court

Mehta said, “People from every other country will flood our country.” He is representing the government and told the court that it could not intervene in the matter at present as there was no contingency. The next hearing is due on March 7 to respond to the allegations made by the petitioners.

“This is not a matter on which we can show any leniency,” Mehta told a bench of the Supreme Court headed by Chief Justice Dipak Misra.

The bench is hearing a petition filed by two Rohingya Muslim immigrants. In it, they challenged the Centre’s decision to deport refugees of the community to Myanmar. The court consequently deferred hearing in December 2017 and instructed the government not to deport any Rohingya refugees till further orders.

Senior advocate Prashant Bhushan is the counsel for the Rohingya petitioners. Bhushan argued that India should show humanitarian morality. In addition, “The conditions are inhumane, and there is no access to either schools or hospitals.” Even the Rohingya refugee camps in India are in a sorry state.

Senior lawyer Rajeev Dhavan supported Mr Bhushan’s argument. Bhushan argued that”If somebody comes to your border and says, I am a refugee, he cannot be blindly pushed back”. It has to be determined whether he or she is a refugee, he said. The government needs to tackle the situation diplomatically.

“Supreme Court has to intervene as the ultimate protector of life. We cannot push them back to the jaws of death”, said Ashwani Kumar, another counsel. “You cannot deny a man his right to life.”

Inception of the issue

In August 2017, the Indian government announced deporting all 40,000 Rohingya refugees. The government informed the Supreme Court on September 18 that their illegal immigration had serious national security threats. There were inputs from security agencies that some of the refugees had terrorist links in Pakistan.

Chief Justice Misra called Rohingya issue a “huge humanitarian crisis”. After August a fresh security crackdown on Rohingya insurgent groups targeted the civilian population and led to Rohingyas taking refuge. Interestingly, they are a mostly Muslim minority in the Buddhist-majority Rakhine. Most of them gradually landed in Bangladesh and India. 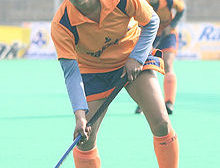 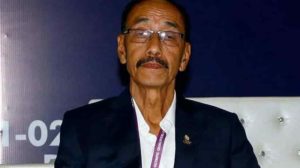