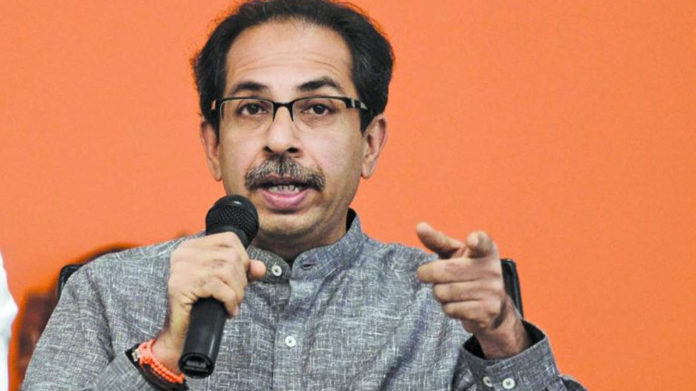 Ahead of the upcoming Maharashtra assembly polls, Shiv Sena party on Monday expressed its displeasure with the Bhartiya Janta Party. The party expressed its views on BJP in its mouthpiece- Saamana.

Uddhav Thackeray-led party showed its disaffection with the recent comments of Home Minister Amit Shah. Shiv Sena said that since the saffron party has decided on everything, all that remains is the need for pushing the EVM button.

The party is apprehensive of the BJP’s actions as Amit Shah can be seen promoting the chief-ministership of Devendra Fadnavis. In an issued statement, Shiv Sena said “Shah has already announced that Devendra Fadnavis will continue to remain the Maharashtra chief minister after the elections. He has also certified that Fadnavis has made progress in the fields of investment, agriculture, education, industries, and healthcare. Hence, the only formality now left is to press the EVM button.”

The party also attacked the opposition parties like Congress and NCP. Congress party was compared to a patient in ICU. The party slammed the Sharad Pawar-led NCP for doing ‘too little’ for people. The statement read “Congress party is like a patient admitted in an ICU, while NCP is struggling to stay relevant. Does Congress even have a ground-level network of party workers.”

Earlier comments from Uddhav Thackeray were opposite to the editorial statement printed by the party. Shiv Sena chief had claimed that the seat formula has been finalized and the decision will come out soon.

Shiv Sena, BJP, AIMIM, Congress, Vanchit Bahujan Aghadi and NCP can be seen as the major players who can give a tough fight. The Congress party and NCP have decided to contest about 123-125 seats each respectively. However, BJP and Shiv Sena’s final decision is yet to come out.

Prakash Ambedkar, one of the stronghold player has said that he might seek the dialogue with AIMIM. This can create a good opposition to the saffron party.